'RRR': SS Rajamouli reveals why he cast Ajay Devgn in the period action drama and also answered if they'd do a full-fledged film in the future. 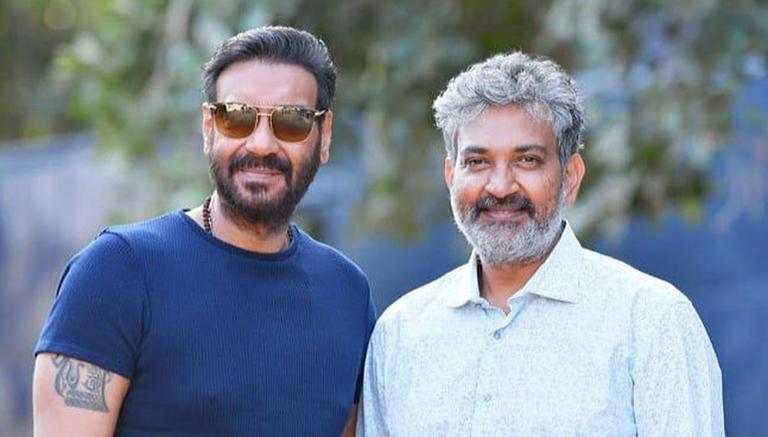 
SS Rajamouli is ready with another biggie after the success of Baahubali as RRR gears up for release. After working with Telugu stars over the years, the filmmaker has cast Bollywood actors for the first time, with Ajay Devgn and Alia Bhatt coming on board the film. However, it is not the first time that the director has worked with Ajay, since the latter had previously lent his voice for the Hindi version, Makkhi, of his Rajamoulis Eega.

Rajamouli shared that he approached Ajay for RRR only because the character demanded an actor who could look honest on screen. While Ajay only has a cameo in the film, the filmmaker said that more than the length of his role, it was the respect he had for the actor that mattered. He also said he was keen to work with the Singham star in a full-fledged film, but only when it would be for a role that would be worth it.

SS Rajamouli opens up on Ajay Devgn's role in RRR

When asked, in an interview with Pinkvilla, if he would work in a full-fledged film with Ajay Devgn, Rajamouli replied, "Yes, definitely, why not." He added that the issue with RRR was not about the long or short role. He said it was about the respect he had for Ajay.

READ | Ram Charan & Jr NTR’s 'RRR' to be postponed amid Omicron scare? This is what we know

Rajamouli shared that when the character was written, his team brainstormed on what kind of actor should be cast in this role. They all agreed that they needed someone whose face oozes honesty. He then asked everyone to write the names they could consider for the role, and surprisingly, all of them mentioned Ajay Devgn's name at the top of their list, while some mentioned only Ajay's name.

The director shared that showed how much this character was important for him. He said that after narration, Ajay was ready to come on board, but the only question the actor asked was when would his dates be required for the shooting. Rajamouli said it was fantastic to work with Ajay.

Will Rajamouli collaborate with Ajay Devgn on full-fledged film?

On collaborating with him on a full-fledged film, the filmmaker said that he would not offer a filmt to Ajay just because they have a connection. He said he would approach him only when he has a script and character that would excite each other. He said that if that didn't happen, it would be an 'insult' to him, and affect the respect they have for each other.

RRR, starring Junior NTR and Ram Charan in the lead, releases on January 7.