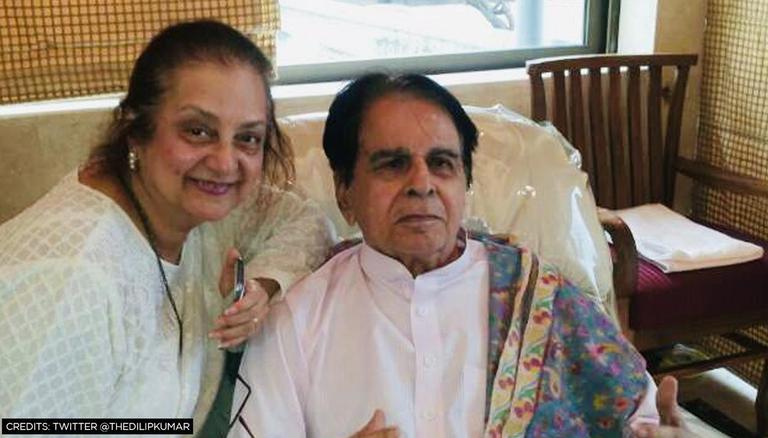 
Veteran actor Dilip Kumar was recently diagnosed with bilateral pleural effusion and is kept on oxygen support in the ICU. The senior actor is currently 8under the case of best doctors and is being monitored closely. Dilip Kumar’s wife Saira Bano gave an update about the actor’s current situation and said that the doctors are trying to find ‘why he got breathless and had a mild fever.’

Saira said that since the past few days, they are getting all the routine tests done. The doctors are examining why he got breathless and had a mild fever. She revealed that he had been a little unwell over the past couple of days which is why the family got him admitted to the non-COVID hospital. She further updated all that the doctors are doing X-rays, blood tests, and other tests under the guidance of cardiologist Dr. Nitin Gokhale. At last, Saira requested the legendary actor’s fans and followers to ‘pray for his well-being and better health.’

Scores of prominent Bollywood stars sent in their good wishes to the family and prayed for the ‘speedy recovery of the actor. Stars like Ayushmann Khurrana, Manoj Bajpayee, and Urmila Matondkar prayed for his speedy recovery. NCP chief Sharad Pawar visited Kumar at the hospital. On June 6, several messages, posts claiming the death of the veteran actor started surfacing on the Internet. Squashing all the rumours, Saira Bano issued a statement through Dilip Kumar’s Twitter handle while asking people to not trust ‘WhatsApp forwarded messages’ and claimed that Dilip Kumar is ‘stable.’

Don’t believe in WhatsApp forwards.
Saab is stable.
Thank you for your heart-felt duas and prayers. As per doctors, he should be home in 2-3 days. Insh’Allah.

“Don’t believe in WhatsApp forwards. Saab is stable. Thank you for your heartfelt duas and prayers. As per doctors, he should be home in 2-3 days. Insh’Allah,” the statement read.  Kumar was hospitalized due to breathing issues on Sunday morning.
Dilip Kumar has faced health issues over the past few years and has been hospitalized multiple times. Last month, the 98-year-old had been admitted to the same hospital. That time, Saira Banu had stated that the visit was for a routine health check-up. After discharge, she had said, "We just came home (from the hospital). Everything is fine. Keep Sahab (Kumar) in your prayers."

READ | Dilip Kumar stable, should be discharged in 2-3 days

Their family friend Faisal Farooqui had then stated that there was nothing to panic about. "He was admitted for a routine check-up. There's no (need to) panic or (a) concerning issue. These are routine tests that are required to be done from time to time because of his age. He is doing fine," Farooqui said.