Sanjay Dutt's mother, actor Nargis Dutt passed away at age of 51 after fighting cancer. On her death anniversary, Dutt remembers the late actor.


Actor Sanjay Dutt's mother, Nargis Dutt passed away at the age of 51 on May 3, 1981, after fighting with pancreatic cancer. As fans and Bollywood remember the veteran star, Sanjay Dutt took to his Instagram handle and shared a post remembering his mother. Sharing a throwback picture from his childhood, featuring Nargis, Sanjay said that he misses his mother.

Fans and followers of Sanjay Dutt were quick to share their responses in the comment section. Actor Prateik Babbar also commented on the star's post. He simply dropped hearts emoji in the comment section. One of the users wrote, "Sir app kiye smile hard h" (your smile is amazing), while another added, "Beautiful childhood memories". Check out some more fans' reactions below. 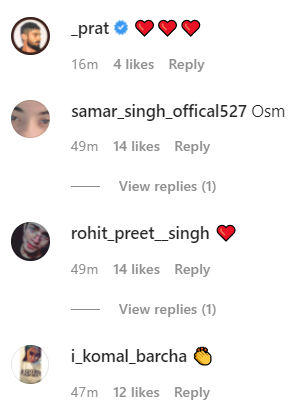 Recently, on the occasion of Guru Purnima, Sanjay Dutt shared another unseen throwback picture, featuring his parents, Nargis Dutt and Sunil Dutt. As seen in Sanjay Dutt's Instagram post, the actor poses with his parents. While Nargis gives an adorable smiling candid pose, Sanjay Dutt is seen hugging Sunil Dutt and the latter is seen smiling with his eyes closed. The actor's caption read as "Even though my parents are not here with me today, but their blessings and teachings will always remain with me. They have been my very first teachers, guiding my every step in life. #HappyGuruPurnima to all".