Bollywood actor Sanjay Dutt, recently, opened up on what his mother Nargis and father Sunil Dutt taught the children while growing up. Read on to know more. 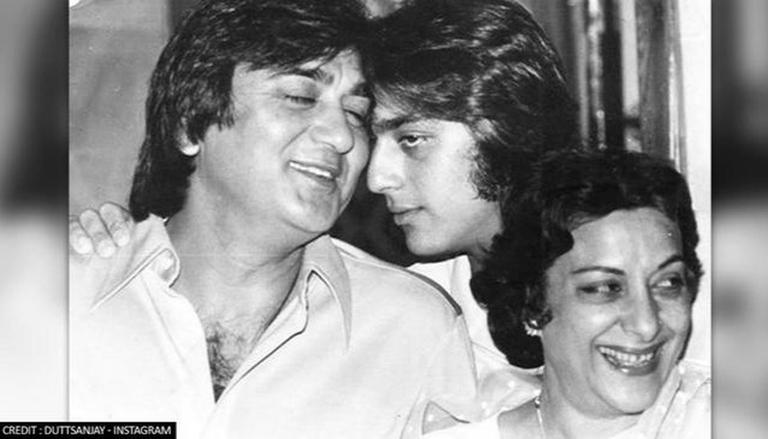 
Bollywood actor Sanjay Dutt, recently, opened up on what his mother Nargis and father Sunil Dutt taught the children while growing up. He said, "They only taught us one thing and that is to respect elders."

The actor recently appeared on a dance reality show, Super Dancer 4, and spoke about how his celebrity parents raised him and his sisters. He also shared a few instances while speaking about his upbringing. Read on to know more.

Sanjay Dutt on his upbringing

During his appearance on Sony TV's dance reality show, Super Dancer 4, the Sadak star Sanjay Dutt shared, "They (his parents, Nargis and Sunil Dutt) never gave that feeling of supremacy to the 3 of us. They only taught us one thing and that is to respect elders, even if they were servants. Love the kids, respect the elders and never let the thought of being kids of Sunil and Nargis Dutt corrupt your head."

Continuing with an anecdote, Dutt shared, "On the first day of college, before going to college I thought dad will send a car to drop me off. He called me before going to college and gave me a second class train pass starting from Bandra station. I asked for the car and he responded saying that the day you earn one you sit in one. He gave me the pass and said, go walking, take an auto or a cab and go to Bandra station. From Bandra station I used to go to Churchgate. I used to go to Elphinstone college so from Churchgate I would walk to Elphinstone. So that is the upbringing they gave us."

Sanjay Dutt's parents Sunil Dutt and Nargis tied the knot in March 1958. The couple appeared together in films like Mother India and Yaadein. Nargis passed away in 1991 after a long battle with cancer. Dutt died due to a heart attack in 2005. The couple has three children. Sanjay has always been seen as a family man. The actor makes sure to continue to abide by the teachings his parents have given him. The Khal Nayak actor has Dutt tied the knot with Maanyata Dutt in 2008 after dating for over two years. The celebrity couple shares two twins- a boy and a girl.

Meanwhile, for the unversed, Sanjay Dutt was recently seen in Disney+ Hotstar's Bhuj: The Pride of India alongside Ajay Devgn and Sonakshi Sinha. The list of several Sanjay Dutt films released in the past two years includes Kalank, Prassthanam, Panipat, Sadak 2, and Torbaaz. The Bhoomi actor looks forward to the release of films like Toolsidas Junior, Shamshera, and the much-awaited KGF Chapter 2.