Ibrahim Khan was recently surrounded by his fans as he was leaving form a celebrity football match. The comment section of pictures from the incident was filled with Ibrahim being directly compared to his father Saif Ali Khan and also about Ibrahim’s good looks.

Ibrahim Ali Khan is yet to make his debut in Bollywood but he seems to have developed a fan base already. Recently, Sara Ali Khan’s brother Ibrahim was surrounded by fans as he was leaving a celebrity football match. Barfi actor Ranbir Kapoor was also present at this match.

The pictures of Ibrahim Ali Khan from this celebrity football match have been going viral on the internet. Fans of Sara Ali Khan’s brother could not help but gush about his looks. His fans flooded the comment section by calling him the next superstar.

Some people could not help but compare Ibrahim Ali Khan to his father and actor Saif Ali Khan. Take a look at these pictures of Ibrahim Ali Khan and the interesting comments left by his fans. 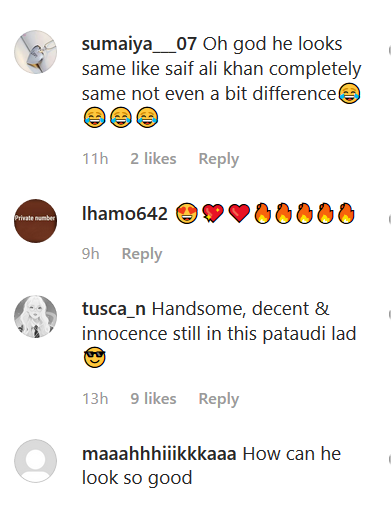 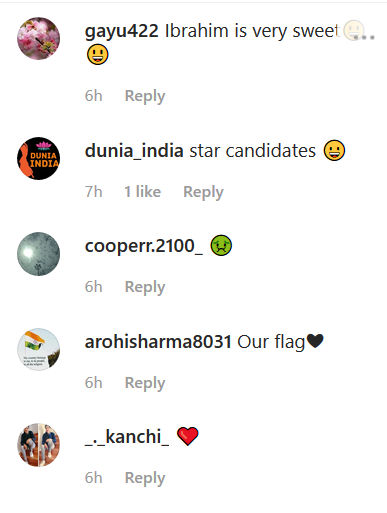 In an interview with a media portal, Saif Ali Khan had talked about his son Ibrahim Ali Khan and his entry in Bollywood. He will reportedly be following his sister Sara Ali Khan's footsteps in the industry. Saif Ali Khan also said that Ibrahim should enter the film industry.

Saif continued the interview by stating that he feels Ibrahim is more good looking than him. Saif also revealed that his son Ibrahim is a very charming guy. But Saif Ali Khan wants his son Ibrahim Ali Khan to complete his university education first before pursuing a career of his choice.

Also read | Ibrahim Ali Khan: All You Need To Know About The Star Kid