Vicky Kaushal Gives Fans A Glimpse Of His Current Read For The Weekend; See Post

Recently, Bollywood actor Vicky Kaushal took to his Instagram handle to show fans the current book he is reading. Take a look at the post shared by the actor.

Recently, Bollywood actor Vicky Kaushal gave fans a glimpse of his current read, The Kite Runner, which is authored by Afghan-American writer Khaled Hosseini. Taking to his Instagram handle, Vicky Kaushal shared the cover picture of the book, which shows the photo of a young boy holding a spinner, while his kite flies high in the sky. Take a look at Vicky Kaushal’s post: 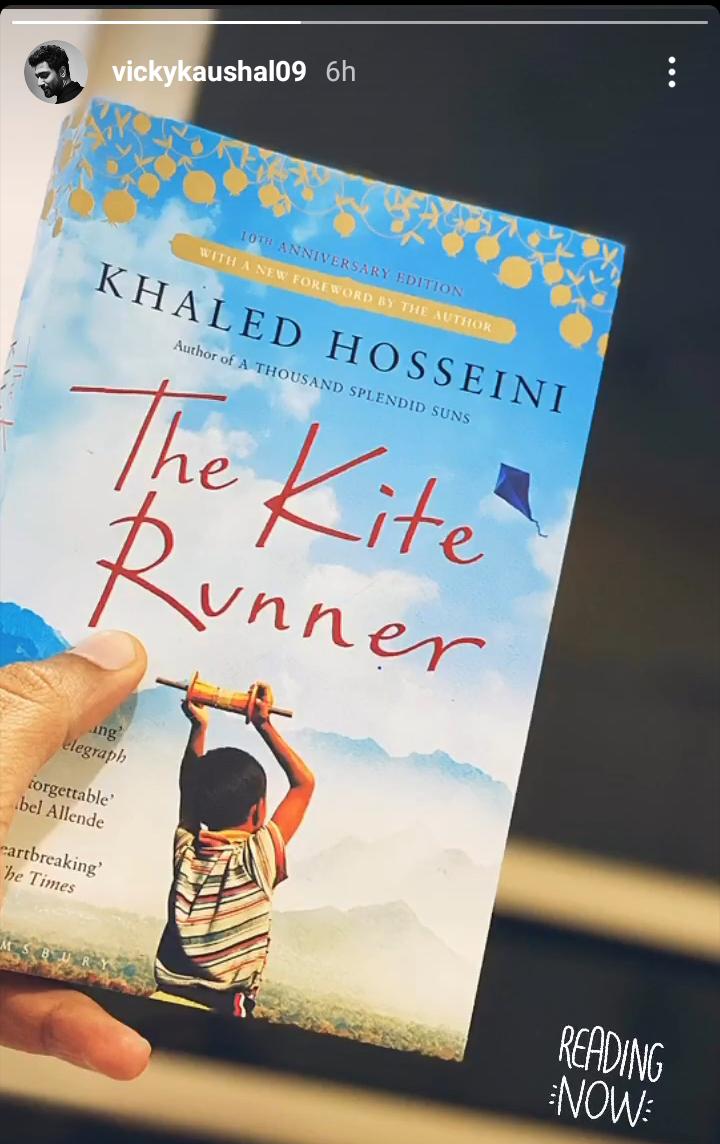 With the picture shared, Vicky also shared a ‘reading now’ emoticon. Khaled Hosseini’s book speaks about the tumultuous events in Afghanistan, right from the fall of Afghanistan's monarchy through the Soviet military intervention to the exodus of refugees to Pakistan and the United States. The book also speaks about the rise of the Taliban regime in the country.

Ever since the lockdown was imposed, Vicky has been reading a lot of books, to which the actor’s Instagram handle is proof. Recently, Vicky shared a picture of Devdutt Patnaik’s My Gita. The actor shared the cover picture of the book, which shows the photo of a mythical artwork. Take a look at Vicky’s post:

Vicky was last seen in Bhoot- Part One: The Haunted Ship. Starring Vicky and Bhumi Pednekar in the leading roles, Bhoot- Part One: The Haunted Ship chronicles the thrilling adventures of a man, who is stuck in a haunted ship. Directed by Bhanu Pratap Singh, the much-anticipated movie is bankrolled by Dharma Productions. As per box office reports, the movie managed to rake in â‚¹40.94 crores during its run in theatres.

What's next for the actor?

Meanwhile, Vicky is currently having a packed schedule, as the actor has a slew of releases lined up in the coming year. He will be seen along with Bhumi Pednekar, Kareena Kapoor Khan and Ranveer Singh in the upcoming period-drama, Takht, which follows the story of lust for power and throne between family members. Kaushal will also be seen in the upcoming war-drama, Manekshaw.

Directed by Meghna Gulzar, the movie is based on the life of the army veteran, Sam Manekshaw. Reportedly, Vicky has been roped in for the Anees Bazmee directorial, ShaRaRaRa along with Sara Ali Khan. However, several news reports also claim that the makers are also considering Janhvi Kapoor for the female lead's role.