Shahid, whose last big screen release was sports drama "Jersey", said he doesn't like "attacking characters" and rather prefers to move people with his performance. 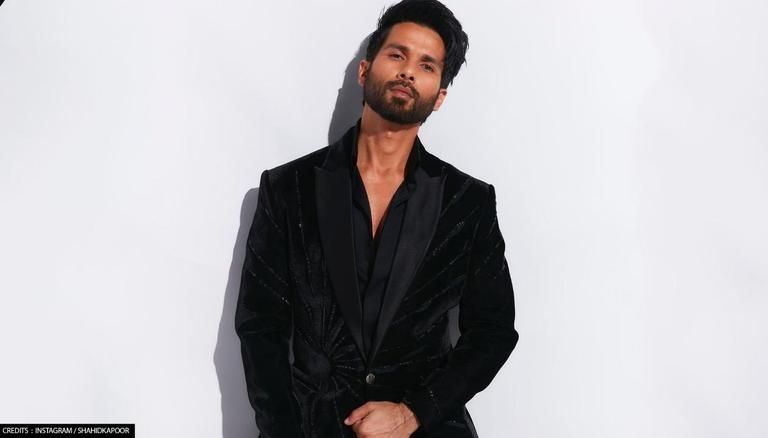 
As an artist and as a viewer, Shahid Kapoor says he enjoys "immersive" storytelling, an experience which he felt he could provide to the audience through his debut series "Farzi".

Created by Raj Nidimoru and Krishna DK, the eight-episode show is described as a fast-paced and edgy crime thriller, revolving around a clever underdog street artist's pursuit to con the system that favours the rich.

Shahid, whose last big screen release was sports drama "Jersey", said he doesn't like "attacking characters" and rather prefers to move people with his performance. "When you are doing something short format, you can be more attacking in terms of the way you approach a character, sometimes that works better. (But) I don't like attacking characters, I like to pull people to the screen.

"I enjoy that immersive experience as a viewer and as an actor it comes naturally to me as opposed to shouting and telling them to give attention. It is not my thing. I love long formats for that reason. I probably consume more in terms of hours on long format than a film. I felt comfortable and I was looking forward to the opportunity," the actor said at the trailer launch event of "Farzi" here.

Shahid, 41, said he is glad to begin 2023 with the series as it marks many firsts for him.

"It is the best start of the year that I could have asked for. I was very happy to hear when we decided to launch the show on February 10 as it is my birthday month and it is great. There are a lot of firsts." As a fan of Raj & DK's work on "The Family Man" series, Shahid said he was looking for an opportunity to collaborate with the writer-director duo.

"They called me for a film and I said 'That's ok but what are you doing in show format?' They were like, 'Are you serious? Do you want to do a show?', I said, 'I would love to collaborate with you guys'." The trio decided to revisit an idea they had discussed eight years ago and approach it as a series, said Shahid.

"They had an idea which they had narrated to me eight years ago as a movie. And at that time DK had said it is too big in terms of length to fit into a story and the best thing that happened to 'Farzi' is it didn't become a movie. I don't think we would have been able to do justice to it.

"It has been a privilege to work with him. We don't have so much to do together. We are always running parallel to each and there are times when we cross tracks. And whatever little I have worked with him... I find his mind interesting. He is truly an actor at heart. I wish to do much more work with him and there's so much to learn from him." Shahid, known for movies like "Ishq Vishk", "Jab We Met", "Kaminey", "Haider" and "Kabir Singh", said he is at a point in his life when he wants to function more like a team player.

Produced by D2R Films, the series will stream in India and more than 240 countries and territories worldwide. Along with Raj & DK, "Farzi" is written by Sita R Menon and Suman Kumar. PTI KKP SHD RB SHD BK BK