Recently, Bollywood actor Shahid Kapoor, who enjoys a massive fan following on social media, took to his Instagram handle to share a BTS video from 'Jersey'.

Recently, Bollywood actor Shahid Kapoor, who plays the role of a cricketer in his next, Jersey, took to his Instagram handle to share a BTS video from the upcoming film. In the video, Shahid Kapoor can be seen equipped with sports protection gear as he plays cricket, while his friends cheer him. Take a look at the video here:

Also Read | India Got Loans Worth $2.5B From World Bank To Support COVID-19 Response: Finance Ministry

Can’t wait to get back. Missing my boys @rajivmehra1988 n @harshuln #jersey

With the video shared, Shahid Kapoor revealed that he ‘can’t wait to get back’ to the sets. More so, the actor, in his caption, mentioned that he misses his boys- Rahul Mehra and Harshul Nandu. Soon after the actor posted the video on Instagram, fans of the actor rushed to the comment session and expressed their excitement to watch the movie. Some fans also lauded the actor for inspiring them with his dedication and sincerity towards his craft. Take a look at how fans reacted: 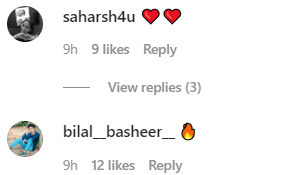 Jersey managed to grab the attention of audiences and critics for its unique cast and offbeat storyline. The story of the movie revolves around the life of a failed cricketer who decides to revive his career and pursue his ambition. Jersey delivers a heart-warming story, which places emphasis on the relationship between a father and his son.

Also Read | India Got Loans Worth $2.5B From World Bank To Support COVID-19 Response: Finance Ministry

Apart from impressing the critics, the sports entertainer also roared at the box-office down as the movie raked in a business of more than â‚¹48 crores. Shahid Kapoor is seemingly leaving no stone unturned to add authenticity to his character, as he is currently undergoing vigorous training sessions to portray the character of a cricketer. If the reports are to be believed, the actor took 70 days of cricket training to fit into the shoes of the character.

Shahid Kapoor was last seen in the much-acclaimed film, Kabir Singh. Starring Shahid and  Kiara Advani in the leading roles, Kabir Singh is a remake of a Telugu movie Arjun Reddy. The movie follows the story of a short-tempered surgeon, who gets used to drugs and drinks when his girlfriend is forced to marry another person.

WE RECOMMEND
1 week ago
Shahid Kapoor flaunts long hair look as he steps out for his 'daily dose of Vitamin D'
4 days ago
Can Shahid Kapoor & John Abraham be perfect as Vishnu & Aditya in 'V' movie' Hindi remake?
1 day ago
India got loans worth $2.5B from World Bank to support COVID-19 response: Finance Ministry
1 day ago
Three 15th Century idols stolen from Tamil Nadu 40 years ago returned by to India by British Police
3 days ago
Mira Kapoor shares monochrome selfie with Shahid Kapoor, fan call them 'Best Couple'