Shefali Shah played the role of Neelam Mehra in the film Dil Dhadakne Do. The actor was recently asked about one of her most hilarious scenes in the film. 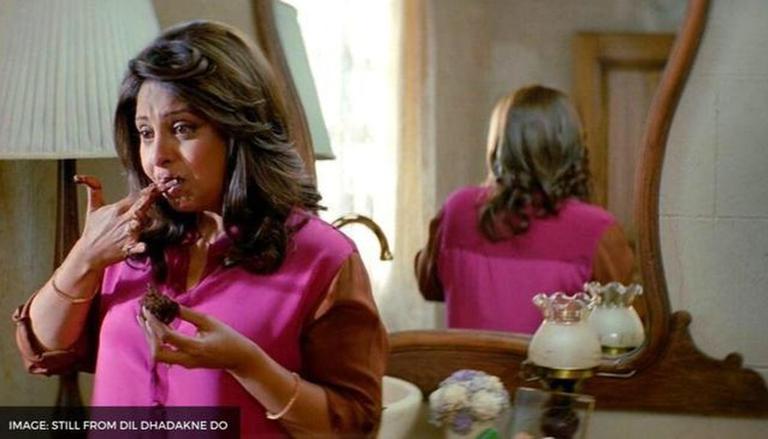 Image: Still from Dil Dhadakne Do


Shefali Shah is often seen interacting with her fans on social media. The actor recently conducted an Ask Me Anything session on her Instagram handle. During the session, one of the fans asked her how she managed to master the cake eating scene in Dil Dhadakne Do. Take a look at what the actor had to say about the specific scene from the movie.

Shefali Shah in Dil Dhadakne Do was seen portraying the role of Priyanka Chopra's mother Neelam Mehra. The character Neelam is an elite class woman who stuffs cake in her mouth during a stressful scene. One of the fans asked her about her messy cake-eating scene and wanted to know how she prepares for scenes like this one. Shefali shared a still of the particular scene and mentioned that one should "feel it, not act it".

Another fan asked how did she master the scene in the film. Shefali replied by saying that she cannot master any scene. She does what she has to do for the scene and lets the director decide if they like the shot or not. Here are Shefali Shah's Instagram stories. 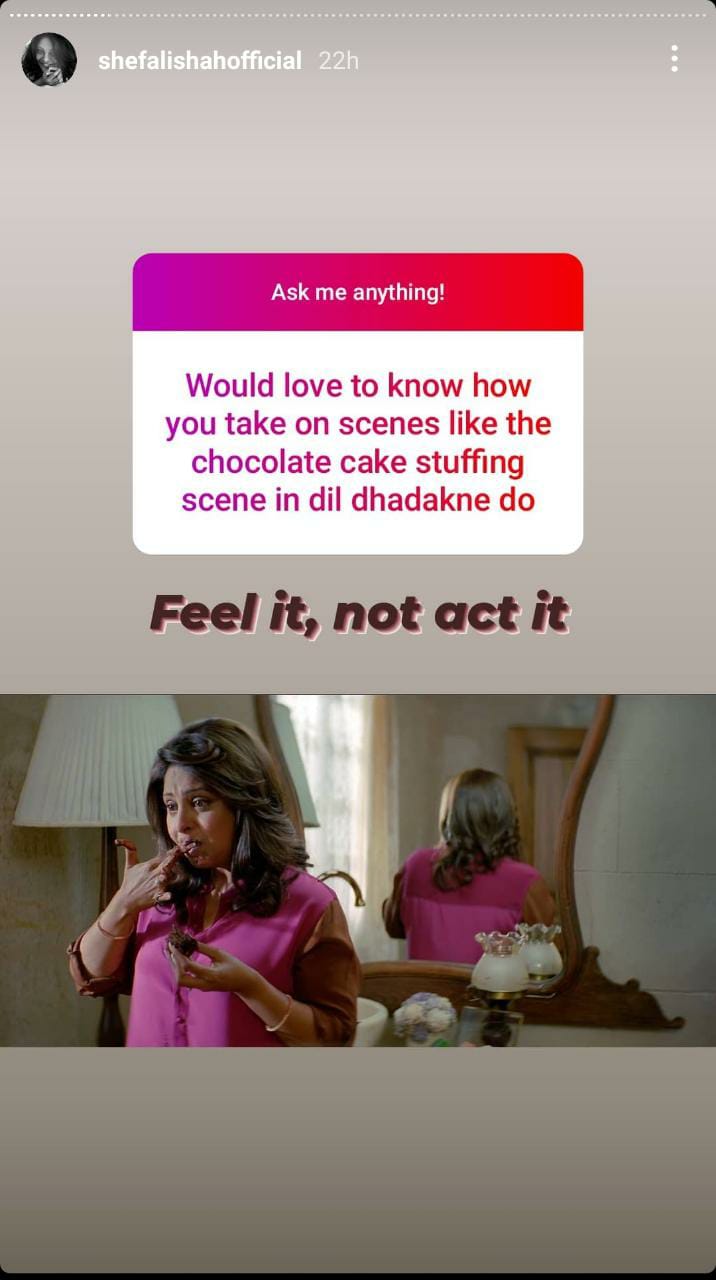 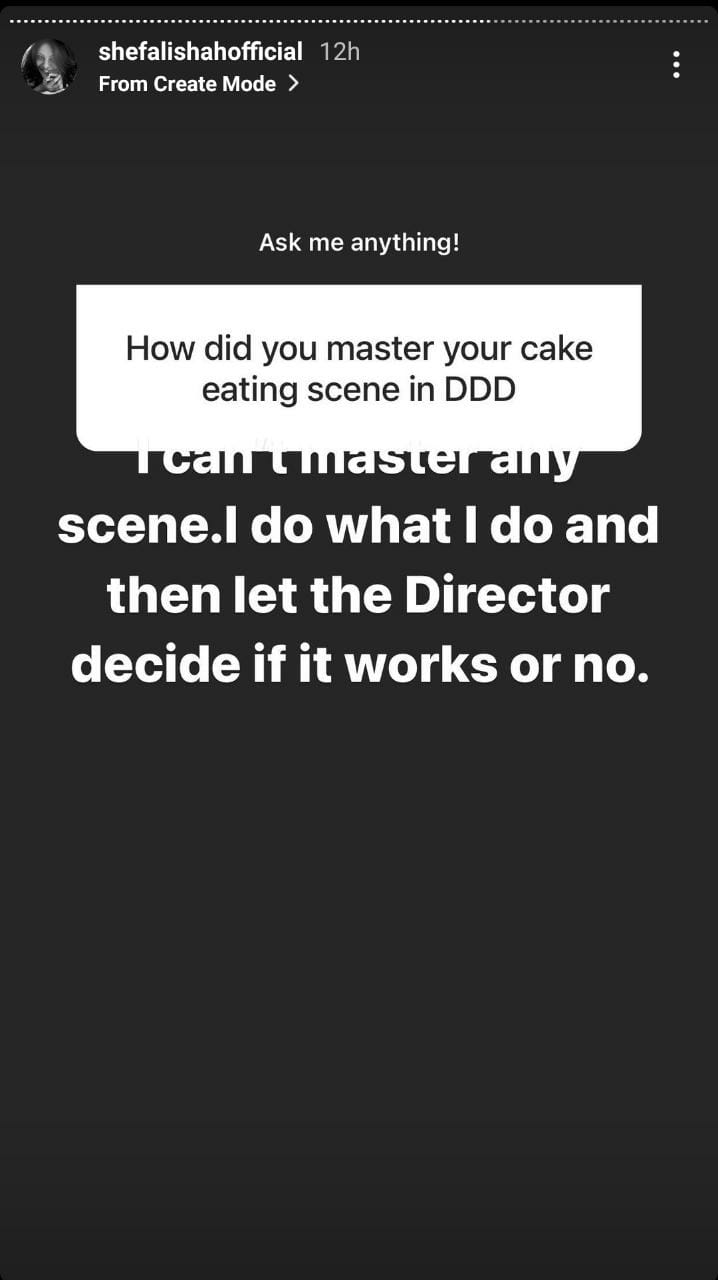 Shefali Shah on the work front

Shefali Shah's movies like Gandhi, My Father, Karthik Calling Karthik, Brothers, 15 Park Avenue and many more have garnered her immense popularity. The actor was recently seen in the Netflix original anthology Ajeeb Daastaans. She portrayed the role of Natasha who meets a mute man and falls in love with him. She was seen alongside Manav Kaul in the film.

Image: Still from Dil Dhadakne Do