Taking to Instagram, Sidharth Malhotra and Kiara Advani shared a video to thank their fans and viewers for their love as 'Shershaah' clocked one month. 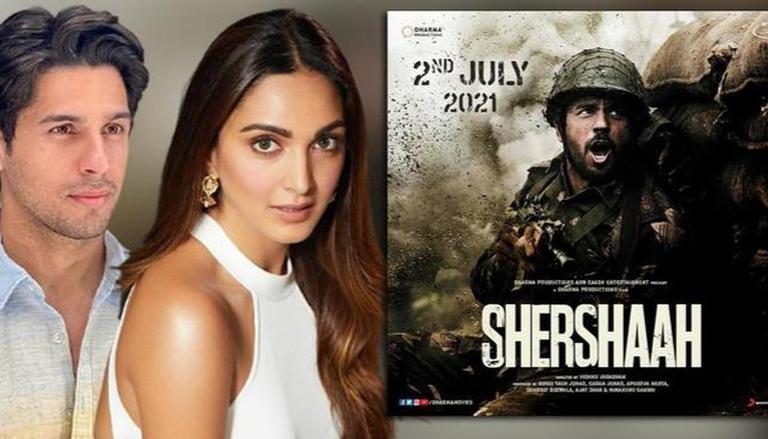 
Sidharth Malhotra and Kiara Advani starrer Shershaah, which narrates the heroic saga of Kargil martyr Captain Vikram Batra, was released on August 12 and clocks one month on Sunday. While the film is still the most-watched Indian film on Amazon Prime Video, the duo is celebrating the milestones the film touched in a month. They also thanked the viewers for showering love on the film.

Taking to Instagram, Sidharth Malhotra and Kiara Advani shared a video to thank their fans as Shershaah clocked one month. The video was a compilation of how the film did in this one month. It read, "Marking a month of the unfading impact of bravery. Tunes that left all hearts singing in love & longing. An immeasurable impact made from the young to the old, making it a blockbuster of the season."  The duo further thanked their viewers and wrote, "Thank you for making Shershaah roar!" Sidharth Malhotra's post caption read, "Marking a month of your unfading love for Team Shershaah🙏🏼♥️."

Shershaah stars Sidharth Malhotra in the lead role of Captain Vikram Batra, while Kiara Advani plays Dimple Cheema. The film's plot revolved around Captain Vikram Batra's early life and his time in the Indian army. It also showed how the Paramvir Chakra Vikram Batra lead the most difficult mission in the Kargil war. The film became the highest-rated Hindi film on IMDb with a rating of 8.9 and the most-watched movie on Amazon Prime Video. The songs of the film also received love from all over the country.

On Vikram Batra's birth anniversary, Sidharth Malhotra paid a heartfelt tribute to the martyr. The actor came much close to Captain Vikram Batra's family during the film's shoot. While remembering Vikram Batra, Sidharth Malhotra penned a note. It read, "Dear Shershaah, They say that those who touch our lives, stay in our hearts forever. And Captain Vikram Batra, you have touched our lives immensely with your valour, wisdom, charm & love for the nation. You will stay in our hearts forever... In your loving memory, Jai Hind."