Here is how Karthik Aaryan, Bhumi Pednekar and others reacted to the news of Sidharth Shukla's death and prayed for his soul to rest in peace. 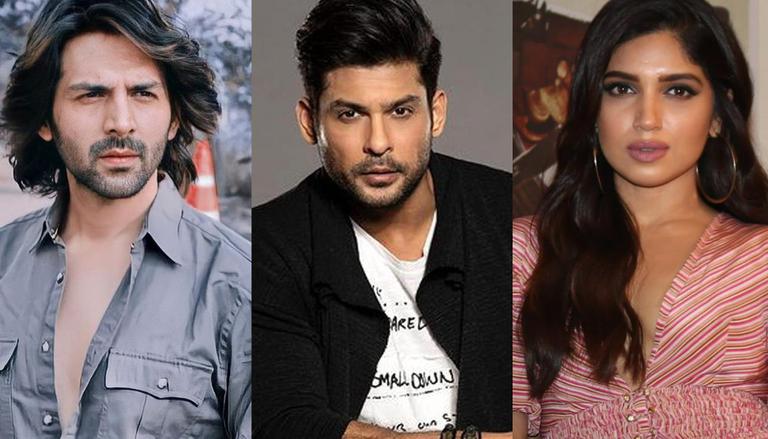 
The news of Sidharth Shuka's death came as a shocker to everyone. The 40-year-old suffered a cardiac arrest and was rushed to the hospital this morning, September 2, 2021. The entire film and TV fraternity are mourning the loss. Here is how Kartik Aaryan, Bhumi Pednekar and others reacted to the news of Sidharth Shukla's death and prayed for his soul to rest in peace.

Taking to Instagram, Kartik Aaryan revealed how he cannot fathom Sidharth Shukla's sudden demise. The actor shared a photo of Sidharth Shukla and prayed for his soul. He called him inspiring and wrote, "The way Sidharth made a huge place in all our hearts with his smile, his graceful personality and just being himself is so inspiring. Can’t fathom this. Truly heartbreaking 💔," in the caption.

Bhumi Pednekar was also deeply saddened by the news. The actor shared Sidharth Shukla's demise was heartbreaking for her. She also extended her heartfelt condolences to the late actor's family. She wrote, "So heartbreaking. Gone too soon. My condolences to his family, friends and fans. RIP." 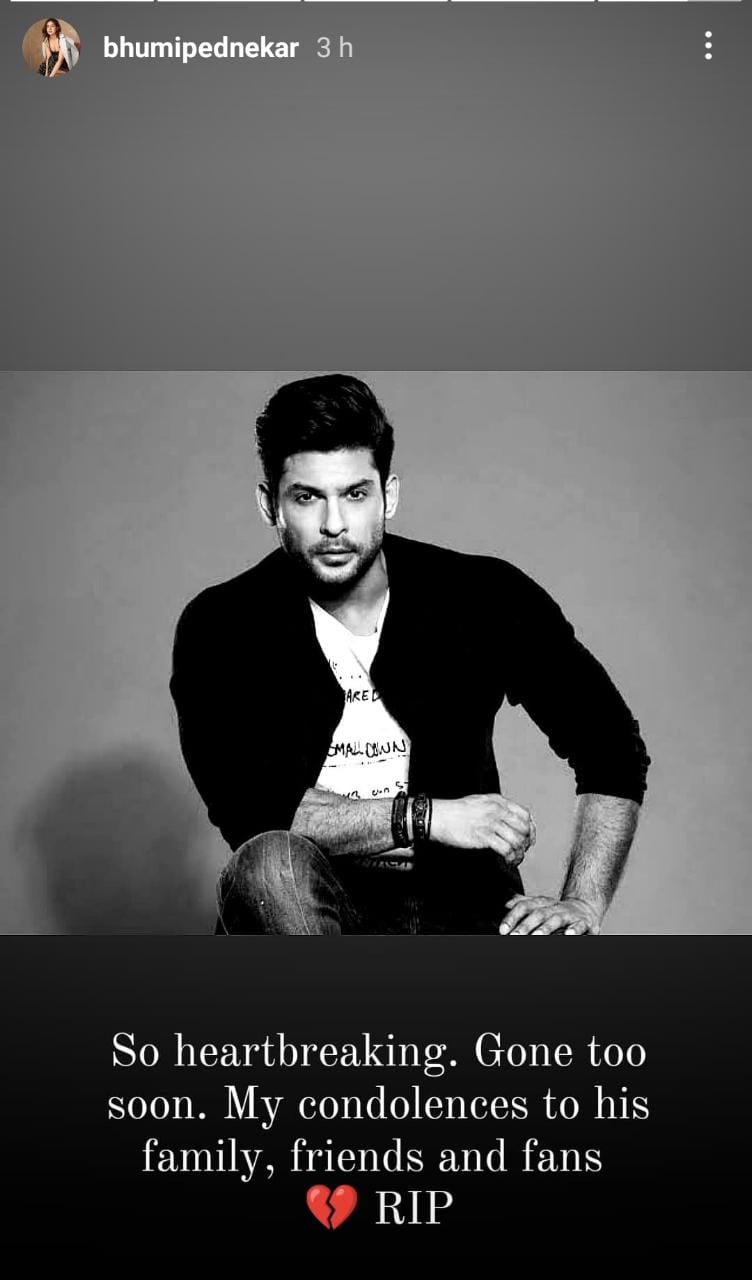 Nushrratt Bharuccha finds it difficult to accept the 'loss of life'

Bollywood actor Nushrratt Bharuccha also mourned Sidharth Shukla's demise. The actor took to her Twitter handle to share a photo of Sidharth Shukla and wrote, "Heartbreaking to hear of Sidharth's untimely demise!" The actor was deeply saddened by the news as she mentioned she does not know how to accept the loss of life. She wrote, "Don’t even know now how to accept the loss of life anymore..."

Heartbreaking to hear of Sidharth's untimely demise! Don’t even know now how to accept loss of life anymore...💔 pic.twitter.com/LnMTMHTOSA

Sidharth Shukla was taken to the Cooper Hospital in Mumbai at 10:30 am. A senior official from the hospital told PTI Sidharth was 'brought dead' to the hospital. The 40-year-old was survived by his mother and two sisters.

Sidharth Shukla made his acting debut in 2008 with the show Babul Ka Aangann Chootey Na. He further became a household name with the popular show Balika Vadhu. In 2014, the actor made his Bollywood debut with Humpty Sharma Ki Dulhania. He also participated in several reality shows in his career.