Sikandar Kher gets candid about 'Aarya 2,' dealing with mental health after Kirron Kher's cancer diagnosis and his upcoming film with Dev Patel. 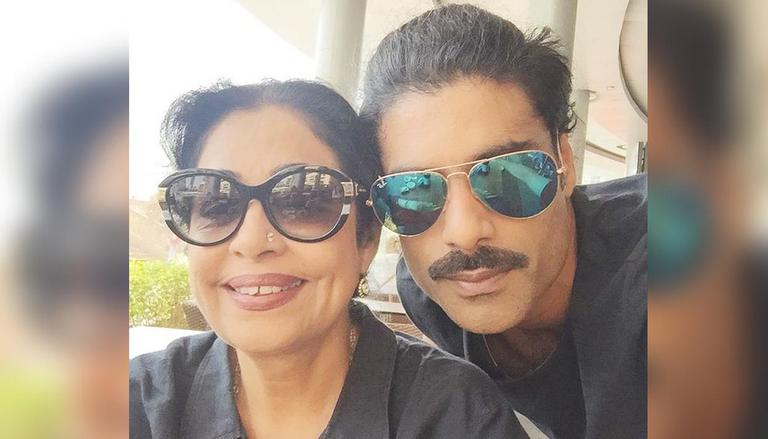 
Sikandar Kher, who's fetching praises for his role as Daulat in the Sushmita Sen-starrer Aarya series, sat down for an exclusive chat with Republic Media Network, where he talked about the show, and how one can cope with mental health, given his own personal experience of dealing with it when his mother, Kirron Kher was diagnosed with cancer.

As the second season of Aarya touched down a lot of issues, mental health being one of them, Sikandar revealed how he coped up with the news of his mother Kirron Kher's cancer diagnosis. "Nobody can foresee what happens in life. This is what I've taken away from it. But at the end of the day, I think my entire family is very real and they are strong people. She (Kirron Kher) is a very strong person and a fighter and has given us all the strength. By the grace of God, it's all good here now, and life at home is normal. There is nothing that has changed in any way. We are just very happy and thankful for all the wishes and love that people are sending," he said.

MP Kirron Kher was diagnosed with multiple myeloma, a form of blood cancer, earlier this year and went through a lot of treatment following that. Her husband Anupam Kher kept the fans updated about her health condition throughout her treatment time.

While Aarya 2, which was released on Disney+ Hotstar recently, gave Sikandar the much-needed popularity, he has set his wings in motion as his upcoming projects include one international film with Dev Patel, titled Monkey Man. The film not just stars Dev Patel as an actor but will also mark his directorial debut.

Documenting Dev as a director in the film, Sikandar said, "I think he's phenomenal as a director. He's a young guy and given it's his first film as a director, Dev has done an amazing job. I think all directors have their own ways and I've got the opportunity to work with some great ones who are amazing with the actors and know how to take out the good stuff."

"Taking out what you want and encouraging an actor to give out what you expect from him is an art and Dev has it naturally. He has an understanding of filmmaking and how to mould actors in different ways and he's just amazing and beautiful that way," added Kher.

Monkey Man will release on Netflix next year and stars Dev Patel and Sikandar Kher along with Shobhita Dhulipala, Sharlto Copley, Pitobhash Tripathy, Vipin Sharma, etc. The film has been written by Paul Angunawela, John Collee and Dev Patel himself.

WE RECOMMEND
'Monkey Man': Sikander Kher says Dev Patel's humaneness 'spills over to his craft'
Listen to the latest songs, only on JioSaavn.com