Sobhita Dhulipala Shares A Glimpse Of Herself From The World Of 'Sitara'; See Post

Sobhita Dhulipala recently took to Instagram and shared a snippet of herself from the world of her upcoming film, Sitara. Take a look at her post below. 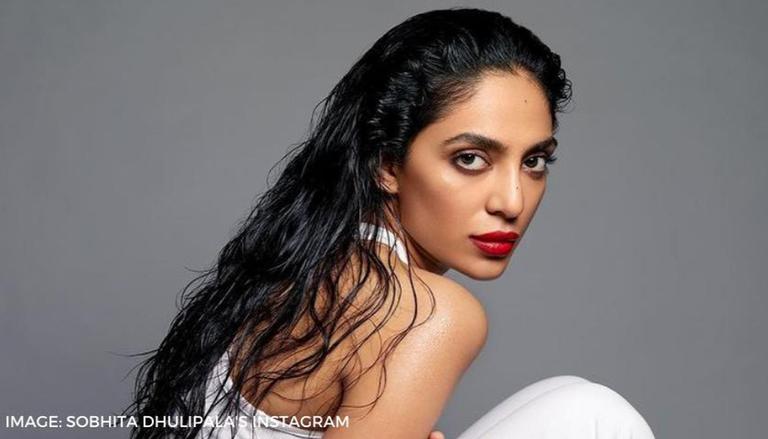 
Sobhita Dhulipala recently took to Instagram and shared a snippet of herself from the world of her upcoming film, Sitara. She shared a happy picture of herself while wearing a saree and held a flower in her hand. In her caption, she wrote that she is “100% hyped” about sharing the "mental concoction of a film" with the audience. Take a look below.

Sobhita shared an aesthetic picture of herself posing amidst nature in Kerala while wearing a white and pink saree. Her hair was tied up in a neat bun, she opted for a necklace and earrings as she held a lily in her hand. She captioned her post by writing, “A little snippet from the world of #Sitara. 100% hyped about sharing this mental concoction of a film with everyone. @rsvpmovies @soniyeah22 #VandanaKataria @szymonlenkowski @hasanainhooda @soniabahl.ink @hussain.dalal.”

Amol Parashar, Gauthami Nair, Dr Trinetra Haldar Gummaraju and several others dropped lovely comments on her post. Have a look at the fan reactions below. 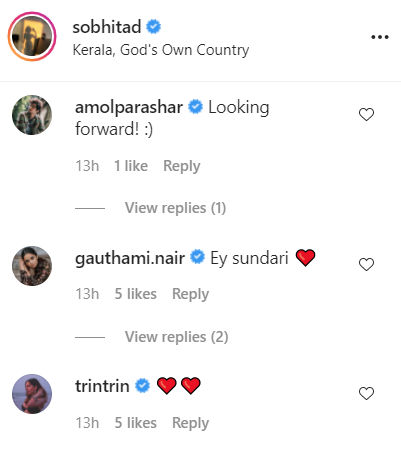 Sitara is directed by Vandana Kataria and revolves around a fiercely independent interior designer and an aspiring chef. The movie also follows the story of a couple as they work out issues in their relationship. The movie stars Rajeev Siddhartha alongside Sobhita. The filming of Sitara was wrapped in December 2020 and it is slated for a direct-to-digital release.

In December 2020, Made In Heaven actor took to Instagram and shared a picture of the clapboard from the last day of the shoot in Kerala. In her caption, she wrote, “This happened :) Heart is full. It’s a wrap on #Sitara #AndJustLikeThat #LifeIsChanged ‘The web of our life is of a mingled yarn, good and ill together: our virtues would be proud, if our faults whipp’d them not; and our crimes would despair, if they were not cherish’d by our virtues.’ – All’s Well That Ends Well, Act IV, Scene III”.

Apart from this, Sobhita Dhulipala will also be seen in the upcoming film, Major that is directed by Sashi Kiran Tikka. The movie stars Adivi Sesh, Prakash Raj, Revathi, Murali Sharma along with Sobhita. The release date of the film has been postponed due to the COVID-19 pandemic.