On the occasion of Sonam Kapoor's birthday, Shahid Kapoor took to Instagram to wish his 'Mausam' co-star. He shared a still from their film in his IG story. 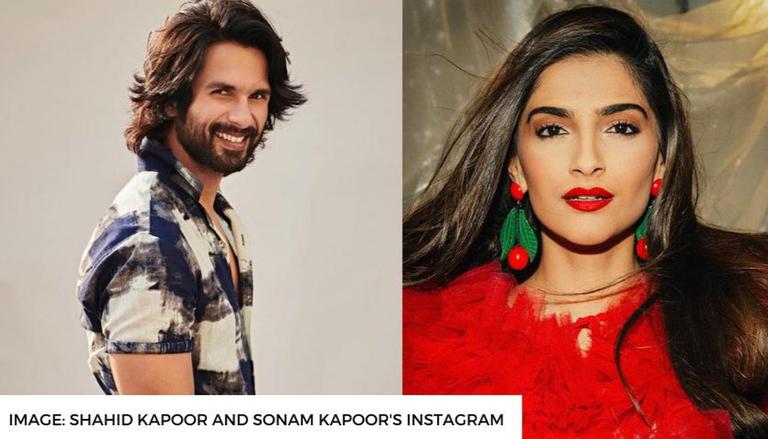 
Sonam Kapoor's birthday falls on June 9. The actor has been receiving lots of love and birthday wishes from her near and dear ones, as seen from her social media activity. Shahid Kapoor is the newest addition to a long list of celebs wishing Sonam on her birthday.

Shahid Kapoor took to Instagram to share a photo of himself and Sonam Kapoor from their 2011 movie Mausam. The Kabir Singh actor shared the photo along with a sticker of two balloons on it. He also added a "Happy Birthday" sticker and tagged Sonam in the story. The photo is a still from the duo's dance in the film. Sonam is dressed in a bright red dress with a deep backline. A red rose is adorning her hair which is styled in a retro bun. Shahid, on the other hand, is dressed in a formal suit. The still is from a dance sequence which was also seen in one of the posters of the film. 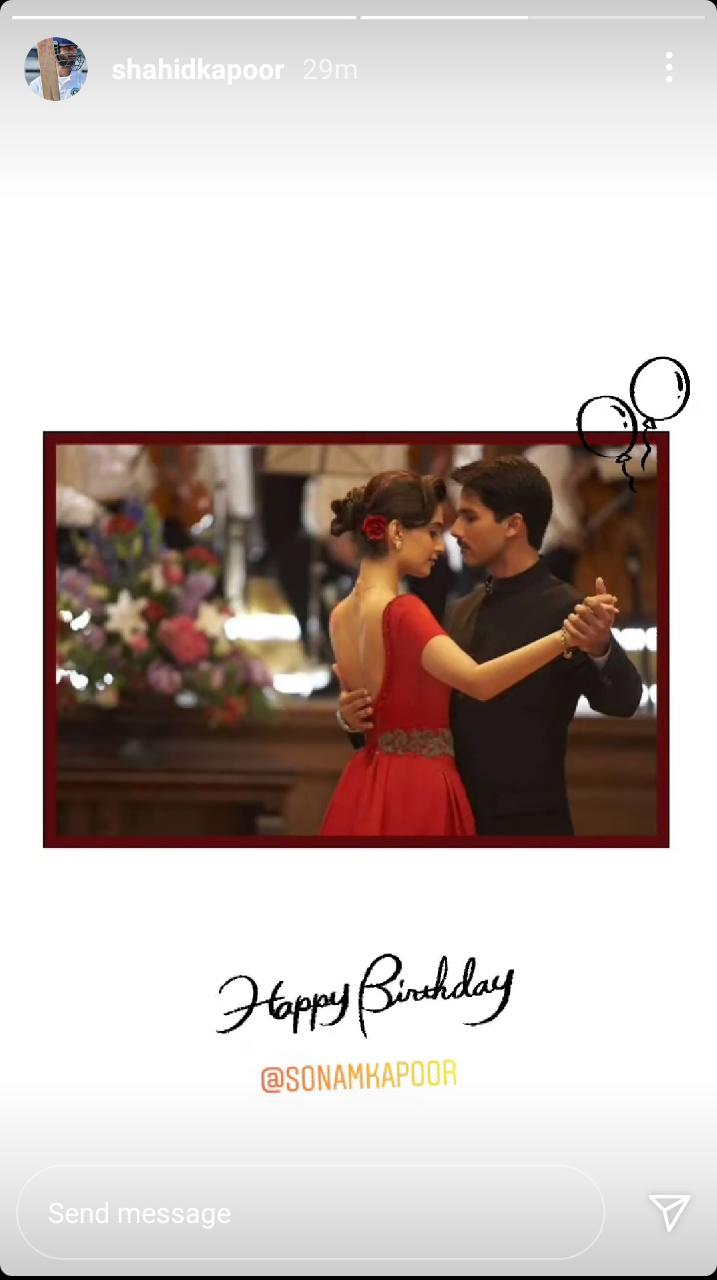 The movie, which was directed by ace director and actor Pankaj Kapur, starred Shahid and Sonam in the lead. It follows the love story of a Punjabi man and a Kashmiri woman, who face heartbreak and separation because of riots and war. Their story spans 10 years in the film from 1992 to 2002. Mausam was released in 2011. The song Rabba Main Toh Mar Gaya Oye was quite famous amongst moviegoers.

Shahid Kapoor has recently wrapped up filming for Jersey, which is a remake of the Telugu movie of the same name starring actor Nani. According to Pinkvilla, Shahid is also in talks to work with Sujoy Ghosh in the director's next feature film. He has also completed filming for a web series by Raj & DK. The filming for the same was held in Goa and was wrapped up in April 2021. Shahid will also begin shooting for Rakeysh Omprakash Mehra's Karna. Additionally, he is also in talks to play the role of Chhatrapati Shivaji Maharaj in Ashwini Yarde's next.