As 'Sooryavanshi' hit theatres, many netizens reviewed it on Twitter. Here are the initial impressions of the Akshay Kumar-Katrina Kaif starrer. 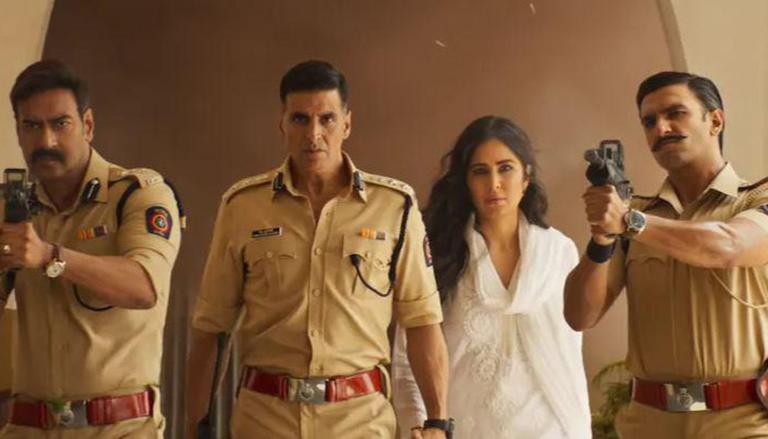 
Sooryavanshi, which was scheduled to release almost one-and-a-half years earlier, was delayed due to the COVID pandemic. However, now, one of the most anticipated Bollywood films finally hit the theatres on Friday. A lot rides on the Rohit Shetty directorial, since the theatrical business, which has massively been impacted by the pandemic, is expected to get back on track with the Akshay Kumar-starrer.

Amid declining COVID cases and rising festive fervour, moviegoers are also expected to visit the theatres in big numbers. The initial impressions of the movie are in, and the opinions are mixed till now. Here's what netizens are writing about the movie on Twitter.

Many netizens praised Sooryavanshi, calling it 'outstanding', 'mindblowing' and more. They also termed it as an 'out and out actioner'. Akshay Kumar won praises too, many hailing his stunts wrote about his physique and attire. Some of the fans even said how he was apt for the role. They also highlighted the climax, which is said to be of 30 minutes duration, where Ranveer Singh and Ajay Devgn also make an appearance. Meanwhile, one of the users reviewed the movie and wrote, 'Intriguing story, cinematography and mesmerising background music'. Katrina Kaif too found a mention, especially with the recreation of the song Tip Tip Barsa.

#Sooryavanshi is NOT a three-hero film as posters & promotions might have given the impression. Almost 2 hours into the film, and #RanveerSingh & #AjayDevgn haven't appeared onscreen yet. It is an out-and-out #AkshayKumar actioner.#SooryavanshiDay #SooryavanshiInCinemasNow

Done with #Sooryavanshi being a @iamsrk film

One of the thing that I'm loving about #Sooryavanshi is how cool Akshay Kumar looks in plain shirts and cargo pants. He looks very fit and apt for the role.

This Film hooks you through its intriguing story, cinematography & mesmerizing background music. Akshay has done some of his 90's devil stunts.
It has aprx 30 of Climax where Akki, Ajay & Ranveer Share some Marvelous action-bonding sequences.
Blockbuster ⭐ ⭐ ⭐⭐#Sooryavanshi

However, one netizen was not pleased and called it the 'worst film' he had ever seen. Another called it 'disappointing' and that it did not meet the expectations. The netizen wrote that the 'cliched plot' and 'lacklustre screenwriting' was the roadblock and that it was strictly for Akshay Kumar fans.

READ | Akshay Kumar reveals 'Sooryavanshi' is special to him, shares still from film

Sooryavanshi was originally scheduled to release on March 24, 2020, but was delayed due to the coronavirus pandemic, which led to theatre shutdown across the country. The makers then planned a Diwali 2020 premiere but had to postpone it to April 30 this year. It is the fourth film in Shetty's cop universe, which also features blockbusters Ajay Devgn's Singham, Singham Returns, and Ranveer Singh's Simmba. The cast of the cop thriller includes Katrina Kaif, and cameos by the other cops in the franchise — Simmba and Singham, played by Ranveer Singh and Ajay Devgn, respectively.