Actor Akshaye Khanna who is set to make his digital debut with State of Siege: Temple Attack, recently impressed fans as the National Security Guard in teaser. 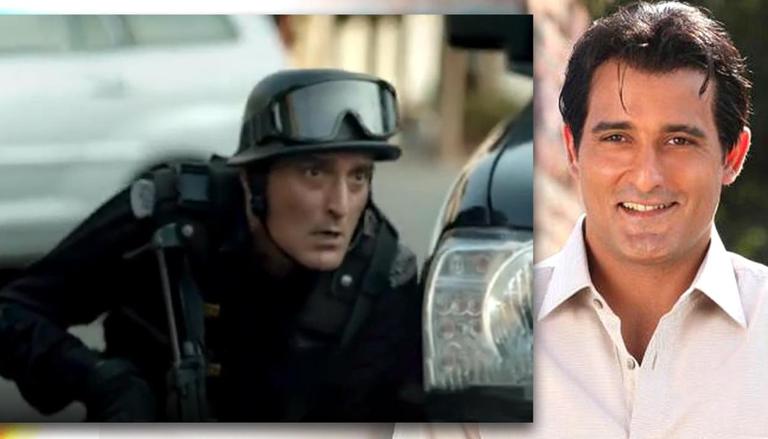 
Actor Akshaye Khanna who is set to make his digital debut with the series State of Siege: Temple Attack, recently impressed fans as the National Security Guard (NSG) commando in the intriguing teaser. The film is based on the 2002 terror attack at Akshardham Temple in Gujarat when two terrorists were gunned down by NSG commandos. The upcoming series is helmed by Ken Ghosh and will premiere on July 9.

The teaser shows Akshaye Khanna playing an NSG commando, who is charged with eliminating the terrorists and securing the Akshardham Temple in Gujarat. The video gives a sneak peek at how the NSG team conducts a rescue operation for people stuck at the temple. Apart from Akshaye, four other terrorists are also shown to reach Gandhinagar, Gujarat, in the train to execute their plan to attack the Akshardham temple. As soon as they reach the temple, they start open firing at people. The terrorists are then shown to keep a number of pilgrims as hostages. Director Ken Ghosh took to Twitter to release the teaser of State of Siege: Temple Attack. He wrote, "Teaser of my film- State of Seige 2 - Temple Attack. Coming soon on @ZEE5India. Hope you like it (sic)."

Teaser of my film- State of Seige 2 - Temple Attack.
Coming soon on @ZEE5India
Hope you like it pic.twitter.com/oNZZOciF5A

On September 24, 2002, two armed terrorists had attacked Akshardham Temple in Gandhinagar. The terrorists killed 33 people, including a National Security Guard (NSG) commando and two Gujarat police officers, and injured 80 people. The two terrorists identified as Ashraf Ali Mohammed Farooq and Murtaza HafizYasin were gunned down by NSG commandos. Apart from Akshaye Khanna, the film also stars Vivek Dahiya, Gautam Rode, Manjari Phadnis, Parvin Dabas, Abhimanyu Singh, Samir Soni, Akshay Oberoi, and more. In a statement earlier, the director Ken Ghosh had revealed that the film is a tribute to the NSG commandos of India who are always ready to risk their lives for the country and its people.

READ | Akshaye Khanna's birthday quiz: How well do you know the 'Hungama' actor?

On the other hand, Akshaye Khanna will be seen returning to the Hungama sequel with a small cameo. Hungama 2 is a sequel to the 2003 cult, Hungama that featured Akshaye Khanna, Aftab Shivdasani, Paresh Rawal, and Rimi Sen in lead. Though the Hungama 2 cast has been changed, Akshaye will be returning as a cameo and makers are looking to take their audience by surprise.