Suniel Shetty shared his son Ahan Shetty's 'Tadap' teaser. The veteran actor called it a 'glimpse of my heart'. The trailer is coming on Wednesday. 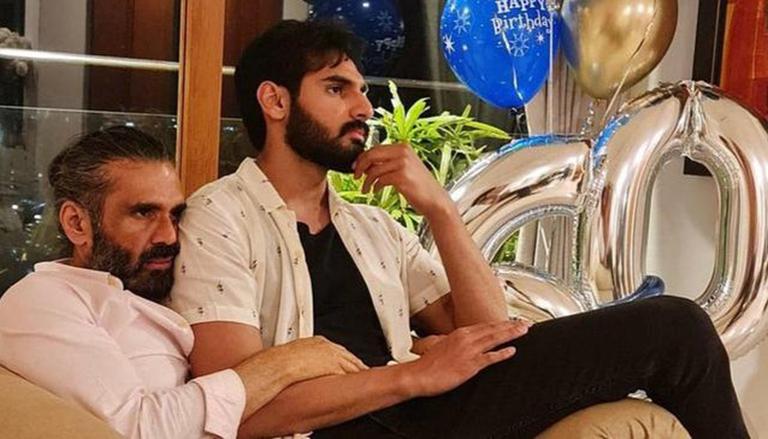 
Numerous star kids from the film fraternity have joined the industry to follow the footsteps of their parents, siblings or other relatives. This trend has continued with Suniel Shetty too as both his children have joined the world of showbiz. After his daughter Athiya, now the actor's son Ahan is venturing into the world of cinema with the upcoming film Tadap.

After multiple posters, the first glimpse of the youngster was released by the makers on Tuesday. The glimpse left his father Suniel Shetty completely overwhelmed. The veteran said it was a glimpse of his 'heart.'

Suniel wrote that it was the teaser of what he 'loved.' The Hera Pheri star added that it was a 'humble tease' of what was to come and that they were releasing only 'little at a time.' The 60-year old artist added that he was extremely excited for his son and the teaser of the movie.

He also urged his fans to give him as much love as they could.

A glimpse of my heart for the world. A teaser of what I’ve loved. A humble tease of what is to come #Tadap - a little at a time. So excited for my son #AhanShetty & his teaser of #Tadap. Give him as much love as you gave me 🙏 @milanluthria @TaraSutaria @WardaNadiadwala https://t.co/64SWh0NwzO

Even Ahan's sister Athiya gave a thumbs up to the teaser by dropping a love emoji on Ahan's post of the teaser.

In the teaser, one could see him only from the back view as he stood at a height at a deserted natural setting and smoked a cigarette. One also gets a glimpse of his bike. The trailer of the movie will be released on Wednesday at 1 pm. The film also stars Tara Sutaria and is an official remake of the movie RX 100. Even in the earlier posters of the movie, his face was not shown. He was seen embracing Tara in the poster. Tadap is directed by Milan Luthria. It has been produced by veteran producer Sajid Nadiadwala.

The movie gears up for release on December 3. The tagline of the movie reads, 'An incredible love story'. Before his debut, Ahan is a regular in the paparazzi circuit of the film industry. He is regularly snapped at the football sessions of Bollywood stars which include Arjun Kapoor, Mahendra Singh Dhoni, Ranbir Kapoor, among others.