Supriya Pathak, Sayani Gupta and Rithwik Dhanjani are geared up to come together for an all-new audio show, ‘Buri Nazar’, which will release on August 31st. 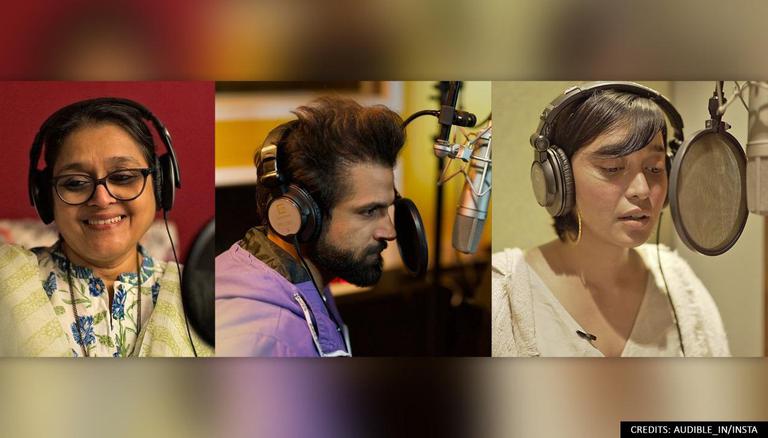 
Supriya Pathak, Sayani Gupta and Rithwik Dhanjani are geared up to come together for an all-new audio show titled Buri Nazar. The show is set to be a thriller that will have listeners at the edge of their seats. Buri Nazar will be released on August 31st on Audible.

According a media statement, the upcoming show will be ‘extremely unpredictable’. Sayani Gupta said, “Buri Nazar is an extremely unpredictable, exciting story that I know will have our listeners at the edge of their seats.” The audio show will revolve around Supriya Pathak’s character, Usha, who believes that her daughter, Pallavi, played by Sayani Gupta was cursed when she was in her womb. This belief stems from the fact that Pallavi is a career-oriented woman nearing her 30s without a prospective husband in sight.

Usha arranges multiple dates for her daughter, but to no avail. Soon, Pallavi falls for Sandeep, an Indian-American entrepreneur, whose character is played by Rithwik Dhanjani. However, Usha does not approve of her daughter’s choice and grows suspicious of Sandeep’s hidden motives and real identity. Dhanjani refers to Sandeep as a ‘mysterious character’.

Actors talk about their experience, the characters in the show:

Buri Nazar is written by Madhuri Shekar, and it’s Hindi adaptation has been penned by Noopur Sinha. Supriya Pathak spoke about her experience of being part of an audio show for the first time. She said, “Playing the role of Usha and emoting the complex feelings of a loving but worried mother who just wants to protect her child using only my voice was an exciting challenge that I have thoroughly enjoyed.  Audiobooks and shows have the ability to tell a story in a new, exciting and uniquely interactive manner, and I am excited to explore this medium further”

Sayani Gupta talked about the potential of audio shows. She said, “It’s unbelievable how much potential audio shows/ plays have. Growing up listening to radio plays, and my father being part of All India Radio, I have always been attracted to and intrigued by voice work. I enjoy doing it tremendously." She also delved deeper into the power of audio storytelling and her relationship with Usha, her mother on the show. She mentioned, “It's amazing to learn the range of emotions you can portray and tell a story with its nuance using just your voice, which is very powerful.”

Rithvik Dhanjani, who will play Sandeep, spoke about his experience in Buri Nazar. He said, “Stepping into the audio world of entertainment has been an awesome experience for me – the epic sound production and technological innovation has blown me away! Playing this multi-faceted, mysterious character using only the power of my voice has been an incredibly unique challenge and I can’t wait to see what my fans think!”

WE RECOMMEND
Supriya Pathak reveals if there will be a next season of 'Khichdi'
Supriya Pathak talks about career, says she is 'doing more interesting projects now'
Sayani Gupta 'scared' of getting cheated on in marriage; reveals latest character deets
Pranati Rai Prakash grateful after receiving 'good response' for her role in 'Cartel'
Amid Afghanistan crisis, Sonu Sood, other B'wood celebs express solidarity with the nation