Tahir Raj Bhasin spoke at length about his Chhichhore co-star Sushant Singh Rajput and also about how an artist should be remembered post their demise. 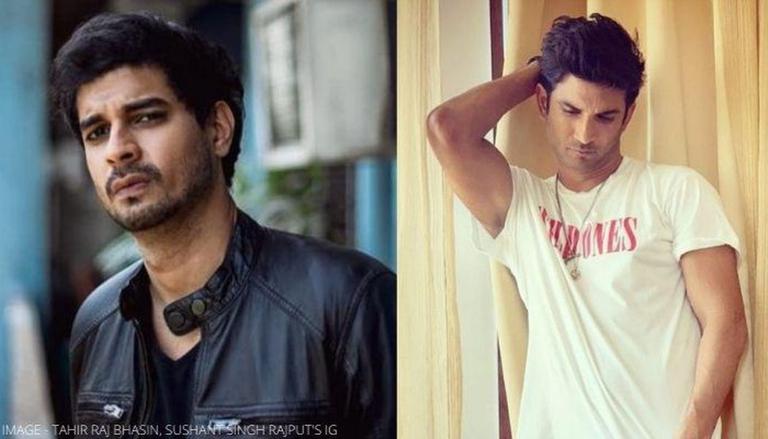 
Ahead of Bollywood star Sushant Singh Rajput's death anniversary, his Chhichhore co-star Tahir Raj Bhasin opened up about the actor for the first time since his passing. The duo played the characters of college friends in the Nitesh Tiwari directorial, which released back in 2019. Bhasin also spoke at length about how an artist should be remembered post his demise.

In an interview with India.com, Force 2 actor Tahir Raj Bhasin opened up his late co-star Sushant Singh Rajput for the first time since his passing in June last year. The actor started his interview by stating that this is the first time that he’d spoken about him in the last year and also emphasized how an artist should be remembered once they’re no more. Tahir stated that the people’s reaction to his passing was an emotional, sad and angry one and somewhat in a way, it took away from what an artist should be remembered for.

He added that he and Sushant shot together for Chhichhore and that was the last project Sushant filmed for before his demise and Dil Bechara, which was released after Chhichhore was actually shot much before their film. Speaking about their characters in the Nitesh Tiwari directorial, Tahir mentioned that they were supposed to play very close friends and a part of fiction seeps into reality as well and one’s bonding on and off the set reflects what the script has in it and that happened to them, to a large extent. Tahir also added that an artist should be remembered in a dignified way rather than the 'tamasha' that happened a year ago post his death and that he doesn't even have a word for what happened other than this. The Mardaani actor mentioned how for him Sushant was an incredibly passionate and committed co-star.

Sushant Singh Rajput's death anniversary will fall on June 14, 2021, and several celebrities including Ankita Lokhande and Kriti Sanon have paid tributes to him on their social media handles recently. Sushant was last seen in Dil Bechara opposite Sanjana Sanghi, which released almost a month after his demise. His other notable works are MS Dhoni: The Untold Story, Kedarnath, Kai Po Che among many others.