Recently, in a rapid-fire interview, Tahira Kashyap shared her childhood nickname and revealed that it was 'embarrassing'. Read further to know more details.

In a recent rapid-fire interview, filmmaker and author Tahira Kashyap spoke about her book 12 Commandments of Being a Woman and recalled some of her most memorable experiences with her husband, Ayushmann Khurrana. The author also shared her ‘embarrassing’ nickname with the interviewer and revealed that she was called ‘Tili’ when she was little. Watch the video here:

That’s me right in the morning without any hair product and @ayushmannk calls me Harish! For the longest time I couldn’t recollect and found it cute in a weird way. You know at times you call people you love by different weird names at times even sounds. I thought it was that until .... swipe for what I found! #lookalike #antigravityhair 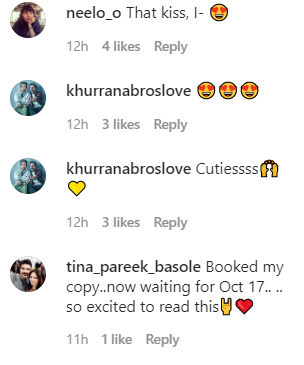 Tahira, Ayushmann on the work front

Tahira recently directed and wrote the much-acclaimed short film, Pinni, which stars Neena Gupta, Shishir Sharma, and Srishti Shrivastava in the leading roles. Released in February 2020, the film follows the story of Sudha, who is a happy, diligent homemaker and is abreast of current affairs much against the general stereotype of a homemaker. If the reports are to be believed, Tahira will be directing her next, Sharma Ji Ki Beti with actor Saiyami Kher.

WE RECOMMEND
6 days ago
ASEAN-India summit: MEA stresses on importance of cybersecurity amid COVID related frauds
6 days ago
WHO lauds India for helping Myanmar with 3000 vials of antiviral drugs to fight COVID-19
2 weeks ago
When Tahira Kashyap shared her #MeToo story & said 'Found solace after around 20 years'
2 weeks ago
Tahira Kashyap thanks Ekta Kapoor for praising her book, says 'this means a whole lot'
1 week ago
Sonali Bendre shares stunning portrait; Priyanka Chopra & Tahira Kashyap pour in love