Internet sensation Taimur Ali Khan is back in the bay with his adorable antics. For more than two months, Kareena Kapoor and Saif Ali Khan were in London with their son for vacation and to shoot their respective films 'Jawani Jaaneman' and 'English Medium'. As they are back in the city, Kareena Kapoor's family met Karan Johar's kids for Ganpati lunch on Tuesday. Karisma Kapoor shared an adorable video from the get-together of Taimur saying, 'Ganpati Moriya'. The video also features Armaan Jain and Karisma's son Kiaan Raj Kapoor. Watch the viral video and also see the perfect family picture below - 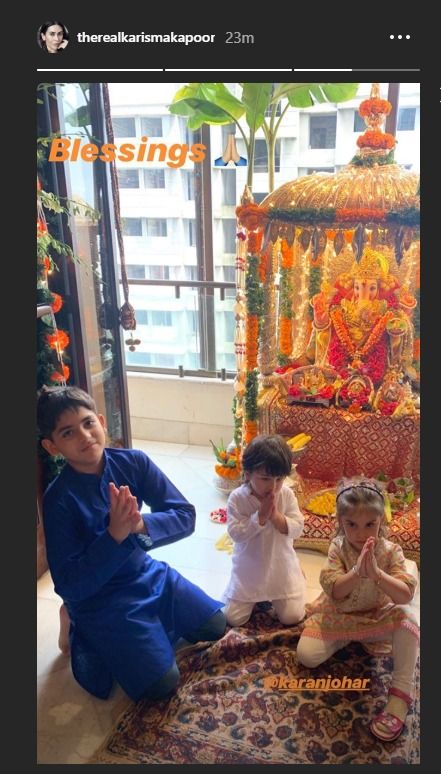 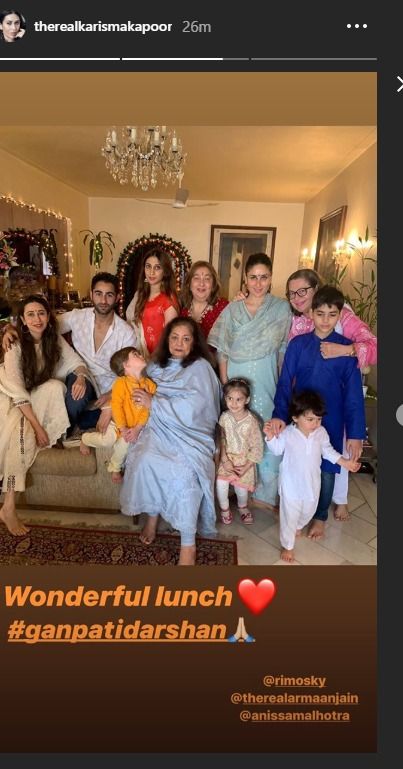 Saif Ali Khan slammed the paparazzi for taking pictures of Taimur Ali Khan before his residence. In the clip, Saif can be seen giving Taimur a piggyback ride and while walking towards the shutterbugs, he can be heard saying, "No, no not outside the house please, as we promised. No, enough, you are not supposed to do that.".

Kareena Kapoor Khan recently wrapped up the shooting for action-comedy 'Good Newws' alongside Akshay Kumar, Kiara Advani and Diljit Dosanjh. She will also feature in 'Angrezi Medium' with Irrfan Khan, playing the role of a policewoman.

On being asked how it is sharing screen space with Irrfan Khan for the first time in "Angrezi Medium", she said that she came on board with the project to work with the critically-acclaimed actor. It may be a small part, but Kareena believes it will be great a learning experience. Kareena will be essaying the role of a cop in "Angrezi Medium". The makers have started shooting and she will join the cast soon.

The film, directed by Homi Adajania, also stars Radhika Madan and Deepak Dobriyal, among others. It is a sequel to Irrfan's 2017 superhit comedy-drama "Hindi Medium" and is slated to be released on April 25 next year.

Apart from that she also has Karan Johar's 'Takht' alongside Janhvi Kapoor, Vicky Kaushal, Anil Kapoor, and others.