As trailer of Tanhaji: The Unsung Warrior starring Ajay Devgn-Saif Ali Khan was unveiled, netizens came up with hilarious memes on its scenes and dialogues.

After generating buzz over the last few days by unveiling the character posters, the makes finally unveiled the trailer of Tanhaji: The Unsung Warrior on Tuesday. The launch turned out to be the among the most-discussed topics on social media, with majorly positive response witnessed for the period drama. However, as has become the norm of late, netizens love to create memes over some of the scenes and dialogues in the movie and it was not different for the Ajay Devgn-Saif Ali Khan-starrer.

Here some of the best ones

Ajay’s promotion of a pan masala brand was hilariously used by the creative netizens. The delight of Ajay Devgn fans after watching the trailer too was related with a scene from the movie. 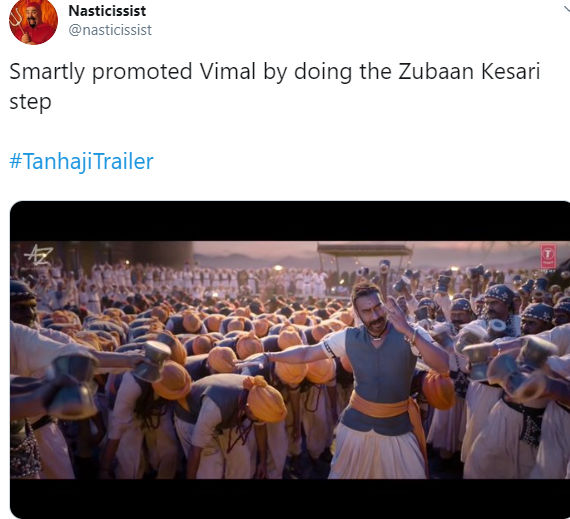 Saif Ali Khan’s dialogue, “Matlab tum paagal ho” too was used by the netizens to relate to relationships and food. Be it his resemblance to Game of Thrones' Jon Snow character or how he and Ajay Devgn had grown since their Kachche Dhaage days, Saif became a target of the meme-makers. 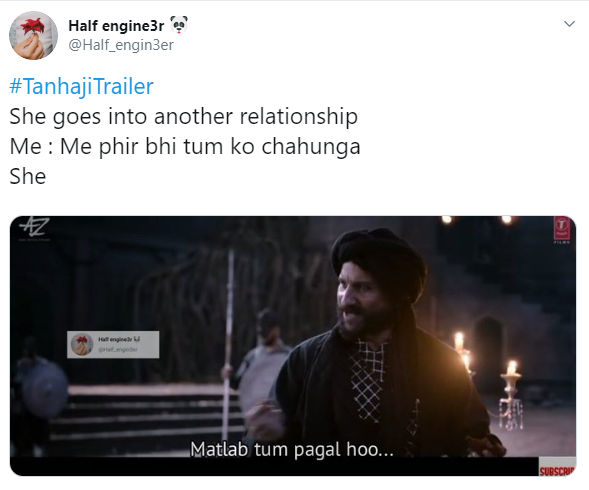 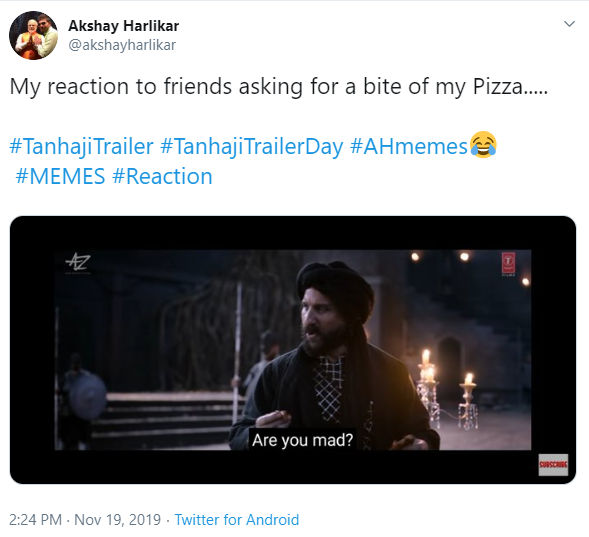 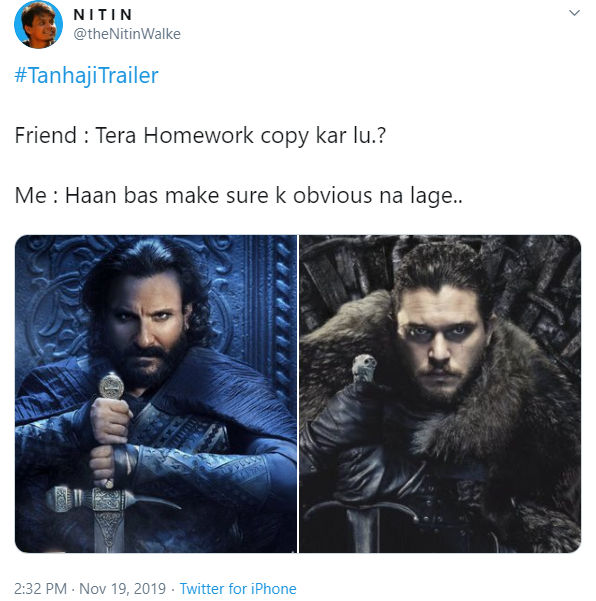 Mom's out. Mom's In pic.twitter.com/EDetfOkt1u

There were some cricket-inspired memes too, be it Virender Sehwag’s attacking style of play or MS Dhoni’s message to Rishabh Pant. 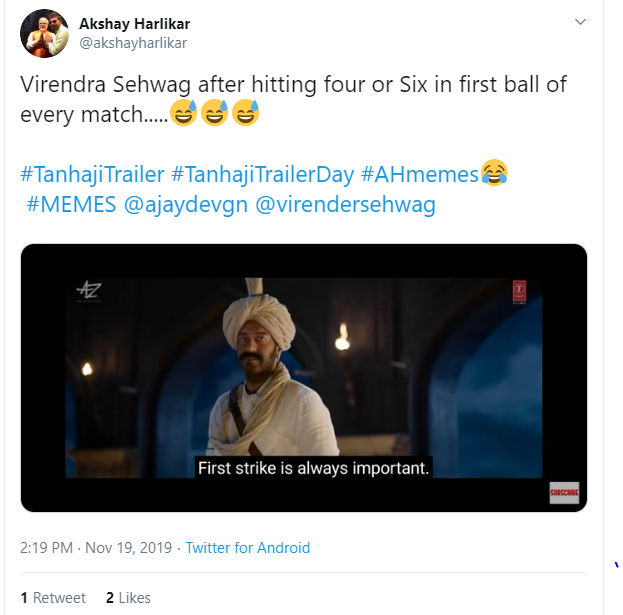 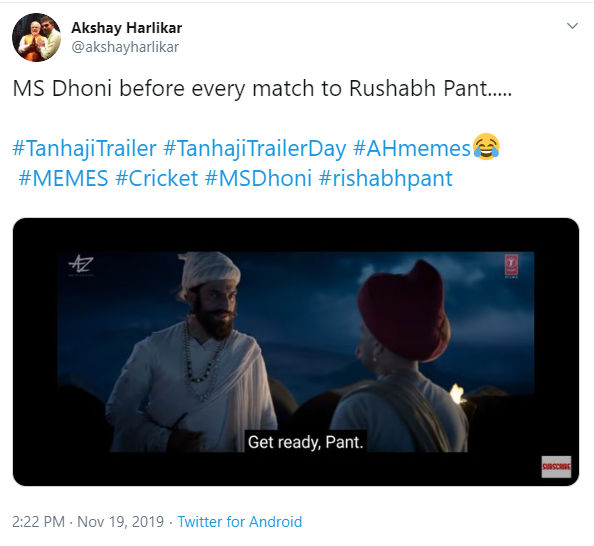 READ:Kajol’s Look In Tanhaji Is Eerily Similar To Her Own Wedding Day Look

Tanhaji: The Unsung Warrior has been directed by Om Raut. Ajay Devgn plays the titular role of a Maratha warrior in the 17th century.  Saif Ali Khan plays the role of Uday Bhan.  The movie traces the story of Tanhaji’s battle against the Mughals. Tanhaji: The Unsung Warrior has been described as ‘4th Feb 1670: The surgical strike that shook the Mughal Empire!’ by the makers.

The movie also stars Kajol in the role of Savitribai Malusare, wife of Tanhaji Malusare. Neha Sharma, Sharad Kelkar and others complete the cast of the movie. The film has been produced by Ajay Devgn and T-Series. The movie is Ajay Devgn’s 100 th film and gears up for release on January 10, 2020.The film will clash with Deepika Padukone’s Chhapaak at the box office. Chhapaak will be Deepika Padukone’s first film after her marriage. The movie, directed by Meghna Gulzar, is the story of acid attack survivor Laxmi Agarwal.