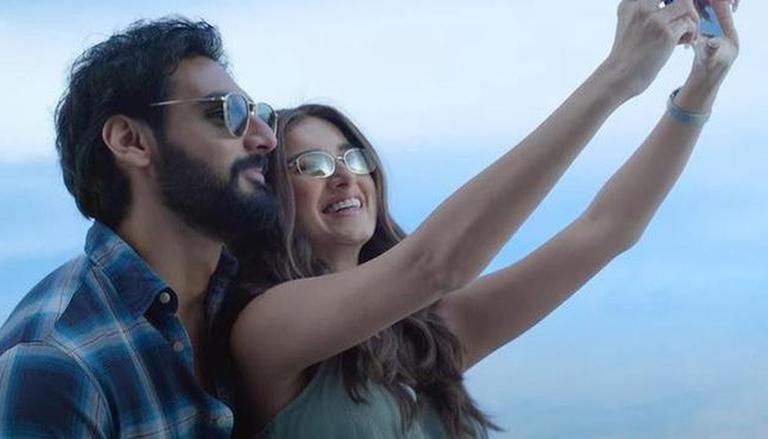 
The film industry is buzzing with excitement over the debut of seasoned actor Suniel Shetty's son Ahan Shetty's debut in the latest action flick Tadap. The movie also presented the strong avatar of Tara Sutaria as she played the role of Ramisa in the film. Apart from the fresh pairing, the trailer and songs managed to create decent hype ahead of the movie's release which was reflected in its opening day at the box office.

Along with positive reviews from the Bollywood fraternity at the special screening ahead of its official release on December 3, the duo was also treated to an exceptional first-day box office collection of Tadap. Check out their reaction to the same here.

As per a report by Box Office India, the film managed to rake in nearly Rs 4 crores on the first day of its theatrical run outperforming last week's releases like John Abraham's Satyameva Jayate 2. Film critic and trade analyst Taran Adarsh also took to his social media to unveil the figures of the film stating that the movie occupied over 1656 screens with high hopes for day two. He wrote,

Reacting to the same, Ahan Shetty and Tara Sutaria took to their respective Instagram story to share the news. Overwhelmed with the warm welcome in the industry, the debutant wrote, ''Beyond Grateful. Thank you so much'' and also added a heart emoji. On the other hand, Tara Sutaria wrote, ''Feeling so blessed and excited. Thank you for so much love on our first day!!!''. 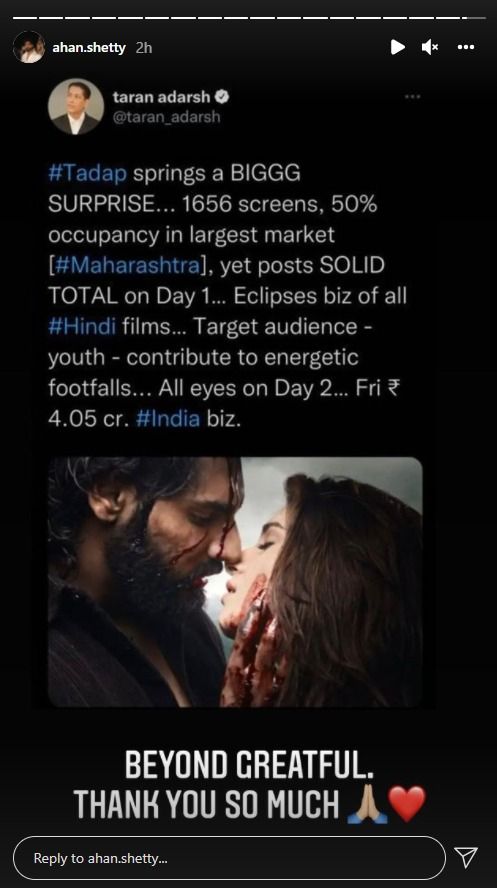 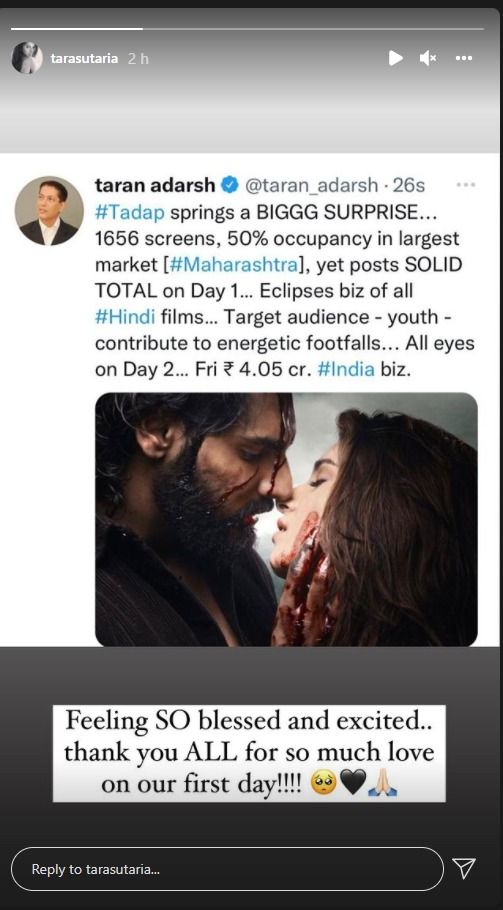 Released on December 3, the Milan Luthria-directed film followed the tremulous relationship between the star crossed lovers played by Ahan Shetty and Tara Sutaria. It is an official remake of the 2018 Telugu movie RX 100. The movie opened with raving reviews as several celebrities took to their social media to compliment the actors' performance.