Tara Sutaria, recently shared an Instagram post featuring her grandfather and penned a short and sweet caption along with it. See the full article below. 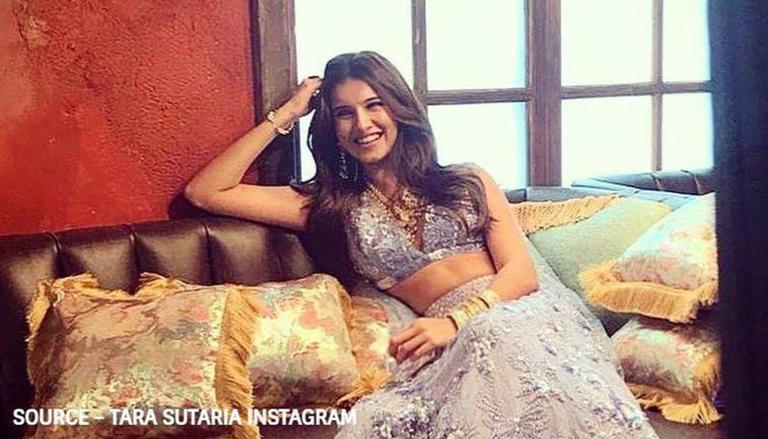 
Indian actress Tara Sutaria recently shared a story on her Instagram handle featuring her maternal grandfather. The actress shared a throwback image of her grandfather holding her in his arms, from when she was a baby. Tara also wrote a heartfelt note for her grandfather on the image.

She wrote about how he was truly a "dapper gentlemen" and wore bow-ties at home, and also expressed how much she missed her grandfather. Sutaria also wrote about how there was truly nobody else like her grandfather adding, "they don't make 'em like you anymore!". Tara also tagged her mother, Tina Sutaria, and her twin sister, Pia Sutaria, in the story. Take a look at Tara Sutaria's Instagram story below. 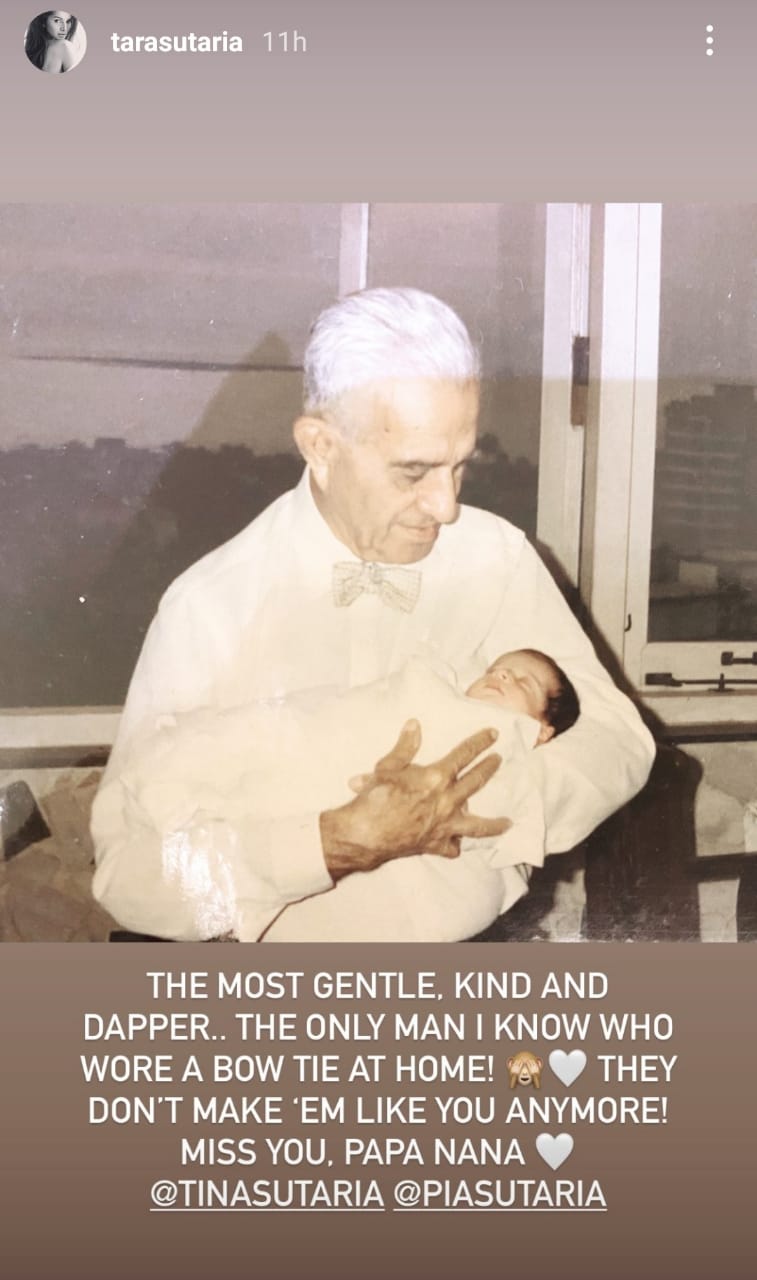 For the occasion of Mother's Day, Tara shared a post featuring another one of her maternal grandparents aka her grandmother. She also featured her own mother, Tina Sutaria, in the post. Tara wrote a sweet caption thanking both her mother and grandmother for raising her right.

She wrote, "Nani and mum, thank you for being my best friends and favourite women.. For showing us what equality is really about, for always initiating conversations very few kids can have with their families, for being the funniest, warmest, most chic and generous people I have ever known. Happy Mother’s Day". Take a look at the post below.

Tara Sutaria, who made her Bollywood debut in the teen romantic drama film Student of the Year 2 alongside actors Tiger Shroff and Ananya Panday, is set to appear in a number of upcoming films. Tara will next be seen in the romantic action drama film, Tadap, along with Ahan Shetty. The film is scheduled to release on September 24, 2021.

The actor will also reunite with her SOTY 2 co-star Tiger Shroff, for Heropanti 2. The film is slated to release on December 3, 2021. Tara will also be seen in the upcoming action thriller film and the spiritual sequel, Ek Villain Returns, along with actors like John Abraham, Arjun Kapoor, and Disha Patani. The film is scheduled to release on February 11, 2022.