Tara Sutaria indulged in cooking Moussaka and Mussels with her mother, recently. The actor was beyond happy to be the sous-chef to her mother, Tina Sutaria. 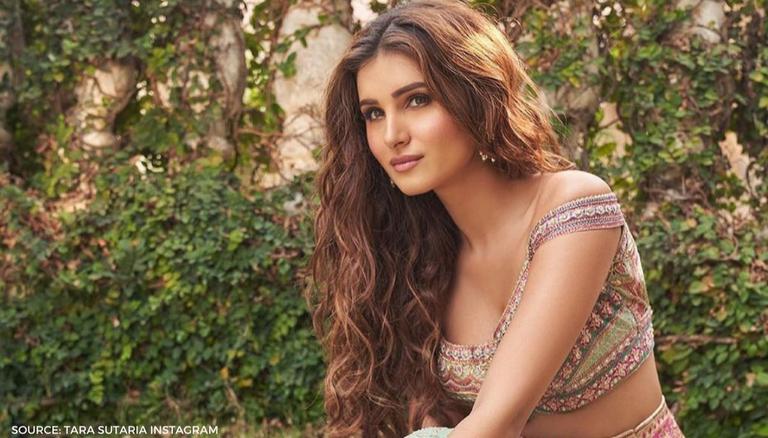 
Actor Tara Sutaria often takes to her Instagram handle to share moments from her personal life, as well as its professional equivalents. Her social media followers have witnessed her love for food time and again, with her posting about her cooking and baking experiences, along with photos of her devouring different food items. Tara recently reshared an Instagram story that her mother, Tina Sutaria, had posted, of their latest cookery. The mother-daughter duo prepared Moussaka and Mussels for their dinner on Monday night, as Tara assisted her mother with the process as a sous-chef.

On May 31, 2021, Tara Sutaria's mother, Tina Sutaria, took to her Instagram handle to share photos of the meal they had made together. Sharing a collage of two images, Tina wrote about the two dishes they had made – Moussaka and Mussels. Turning sous chef for her mother was actor Tara Sutaria, who herself is known to have a very strong liking towards all-things food, from its making to its consumption. 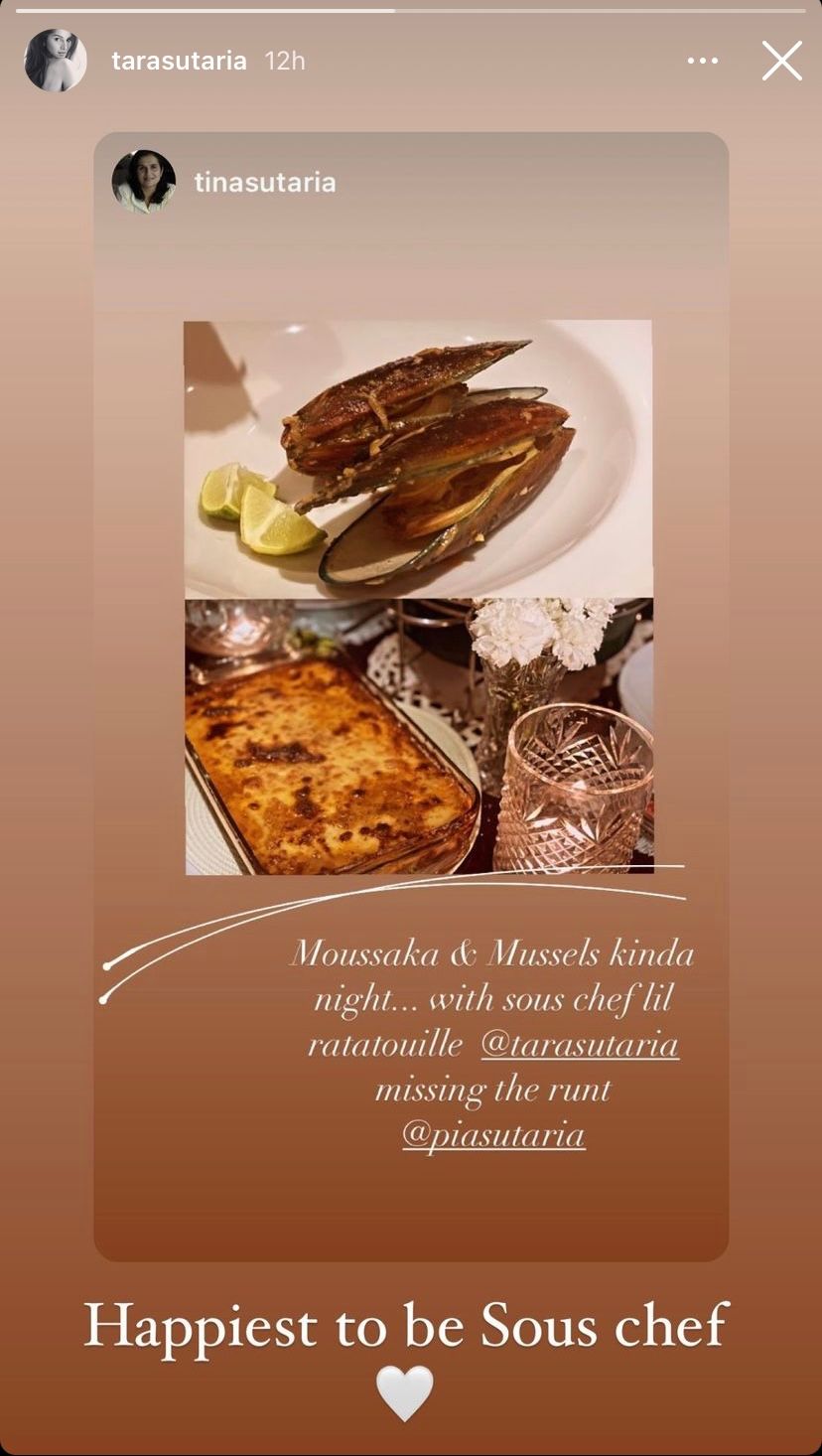 ‘Lil ratatouille,’ Tina called her daughter in the Instagram story, referring to the famous animated film about a rat who aspired to be a chef. According to the story posted, Tara’s twin sister Pia Sutaria, was not a part of their cooking adventures for the night as their mother Tina wrote, ‘missing the runt @piasutaria.’ Resharing the story on her Instagram account, Tara stated that she was the happiest to be the sous chef to her mother.

Tara Sutaria's Instagram followers have seen several other meals that the actor has cooked up in the past via her posts. During the lockdowns, Tara took to preparing various diverse dishes such as cakes, pies, mutton recipes, and more. On May 6 last year, she had shared a collage of the different dishes she had already tried her hands on within two months of being in quarantine.

Tara, who made her Bollywood debut with Student of The Year 2, was last seen in Marjaavaan, wherein she romanced Bollywood heartthrob Siddharth Malhotra. One of Tara Sutaria's movies that are expected to release very soon is Tadap, which will also mark the Bollywood debut of Ahan Shetty, actor Suniel Shetty’s son. While Tara and the team of Tadap shared that the film will hit the theatres on September 24, 2021, the actor officially announced the mahurat ceremony of Ek Villain Returns on March 1 this year.