The Sky Is Pink is Priyanka Chopra's upcoming movie. It is scheduled to hit the theatres on October 11, 2019. Read more about the film

The Sky Is Pink is Priyanka Chopra's upcoming movie which is all set to hit the theatres on October 11, 2019. The movie is directed by Sonali Bose. It stars Farhan Akhtar who is going to been seen on the big screens after a long break. Shonali, in an earlier interview, revealed that Priyanka Chopra truly got into the skin of her character, emotionally breaking down while shooting a scene for The Sky Is Pink. The film recently was screened at the Toronto International Film Festival. After watching the movie, the audience had a very positive reaction to the film. The movie team and cast feel very optimistic about the films release this year. 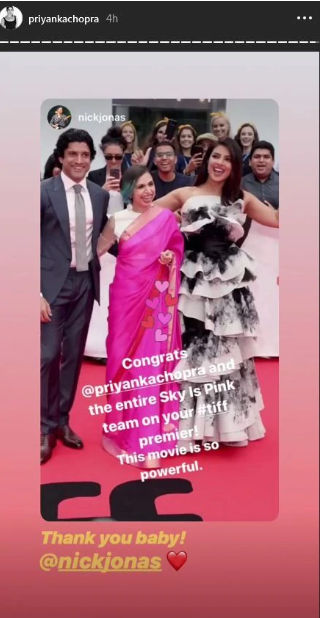 The trailer of the film starts with Priyanka and Farhan's budding love story in their early days. The movie takes the audience through an emotional journey, showing different aspects of relationships and bonds. The movie emphasises upon the loss of losing a child due to unfavourable reasons. The trailer also shows how the couple faces financial problems to cope up with the expensive medical bills for their daughter’s treatment. The Sky Is Pink is a film that the audience has been waiting for quite some time now. One of the primary reasons is, this would be Priyanka Chopra's first Bollywood film after a gap of three years.