Unseen Pic Of The Day: Can You Guess The Actor With Sidharth Shukla In This Throwback Pic?

An old picture of Sidharth Shukla surfaced on the internet in which he was posing with a popular actor, who won many hearts as a child artist.


Sidharth Shukla, who will be soon making his OTT debut with the web series, Broken But Beautiful 3, often hits the headlines for either his new projects or for his old pictures that garner attention on the internet. On Tuesday, a throwback picture of Shukla with a female actor surfaced on the internet, which sent fans into a frenzy. In the picture, Sidharth flashed a smile as the latter kept her hand on his shoulder. The actor posing with Sidharth in the photo was Kuch Kuch Hota Hai fame Sana Saeed. A user recalled their fun relationship in the shows like Jhalak Dikhala Jaa and Khatron Ke Khiladi 7 and wrote, "Everyone loved their friendship." 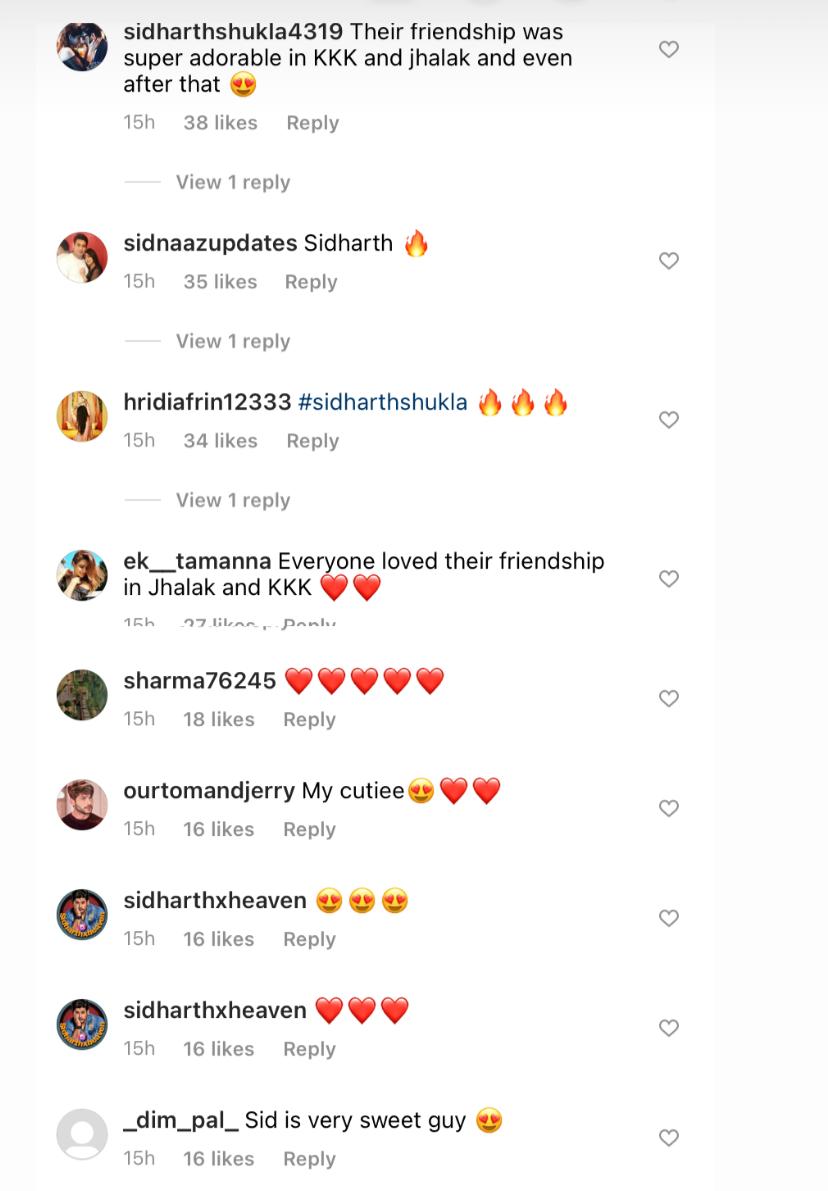 It was back in 2013 when Sidharth had participated in the dance-based reality TV show, Jhalak Dikhala Jaa, and Sana was also a part of the competition. The duo had also performed a short dance on the show. Sana Saeed began her career in 1998 as a child artist with her appearance as Anjali Khanna in the hit film, Kuch Kuch Hota Hai. Meanwhile, Sidharth won over his co-finalists Sana Saeed and Mukti Mohan to bag the title on the seventh season of the dance-based reality show. He won Rs 25 lakh prize money along with a Tata Tiago car. Even during their stint on the show, Sidharth and Sana's bond screamed friendship goals.

On Monday, Sidharth Shukla's photos with Shehnaaz Gill gained momentum all over the internet as the duo's hit track Bhula Dunga completed a year. Sung by Darshan Raval, the song has surpassed 103 million views and is still counting. "Love takes you to all kinds of emotional rides, happiness, sorrow, excitement peace and much more but when it starts giving you pain it's time to let go," wrote the makers while unveiling this track.

READ | Sana Saeed says 'don't be satisfied with stories', asks people to 'unfold their own myth'

Sana Saeed, on the other hand, featured in Pal Music's song, Ab Kya Jaan Legi Meri, sung by Palaash Muchhal, alongside Rashmi Desai and Shaheer Sheikh. The lyrics of the song are penned by Bipin Das, Alok Jha and Kunaal Vermaa.

READ | 'Don’t risk yourself': Sidharth Shukla urges fans to not send him gifts during lockdown