Vicky Kaushal was last seen in 'Sardar Udham' and is now over the moon as his film has been named the 'Best Hindi film with a social message' of 2021 by Forbes. 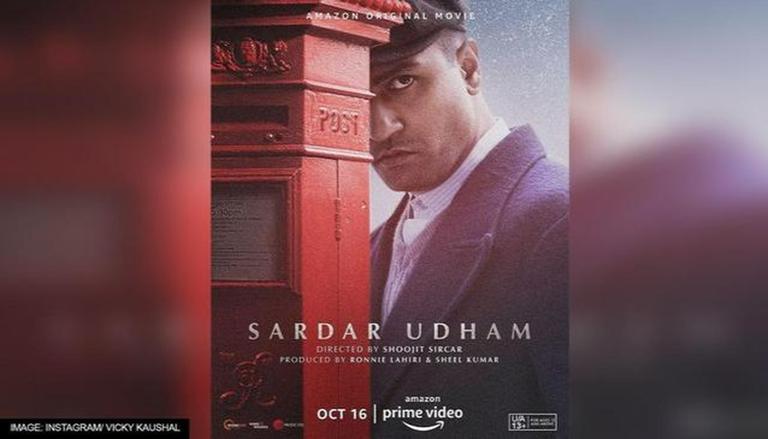 
Vicky Kaushal was last seen in Sardar Udham and is now over the moon as his film has been named the 'Best Hindi film with a social message' of 2021 by Forbes. The actor took on the titular role of the Indian freedom fighter Sardar Udham Singh and received heaps of love and praise for his work. The film was helmed by Shoojit Sircar and is available on Amazon Prime Video.

Vicky Kaushal-starrer Sardar Udham has been named 2021's best Hindi film with a social message by Forbes. The film was all about the life of Sardar Udham Singh, the man known for assassinating Michael O'Dwyer to avenge the Jallianwala Bagh massacre. Apart from Kaushal, the film also saw Shaun Scott, Banita Sandhu, Stephen Hogan, Amol Parashar and Kirsty Averton take on pivotal roles. 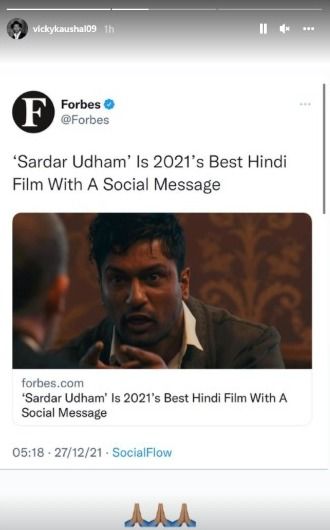 On December 26, Vicky Kaushal paid tribute to Sardar Udham Singh on the occasion of his 122nd birth anniversary. The actor posted an image of the revolutionary and also of himself as Sardar Udham on screen as he wrote, "Remembering Shaheed Sardar Udham Singh on his 122nd birth anniversary today. (26th Dec 1899 - 31st July 1940) 🙏🏽🙏🏽🙏🏽" The actor had also earlier recreated a picture of the great freedom fighter and posted it on social media.

The actor recently celebrated two months since the film's release and mentioned it had been a 'journey of great learning' for him. He also expressed his gratitude to the director of the film as he posted a still from his most recent release. His caption read, "This Film was a journey of great learning for me as an artist and as a human being. Gratitude for all the love that continues to pour in. #SardarUdham #2months."

READ | Vicky Kaushal on 'Sardar Udham' Oscar fiasco: 'Everybody has the right to their opinion'

Kaushal is now all set to take on a role in yet another biopic. He will soon step into the shoes of Sam Manekshaw, the country's first Field Marshal and the Chief of the Army Staff during the 1971 Indo-Pakistan War. The film will be titled Sam Bahadur and Kaushal took to Instagram recently to welcome Sanya Malhotra and Fatima Shaikh to the film. In the caption, her revealed what roles the actors will take on in the film as he wrote, "It's a very special day for us as we celebrate our director @meghnagulzar’s birthday and welcome the leading ladies @sanyamalhotra_ as Silloo Manekshaw & @fatimasanashaikh as Smt. Indira Gandhi to the #Samबहादुर family!".

READ | Raj Babbar on Vicky Kaushal's portrayal in 'Sardar Udham': I salute him for his work