Back in the date, Neeti Mohan had given a sneak peek into her wedding sangeet and had shown how Tahira, Ayushmann and others had grooved gracefully; watch. 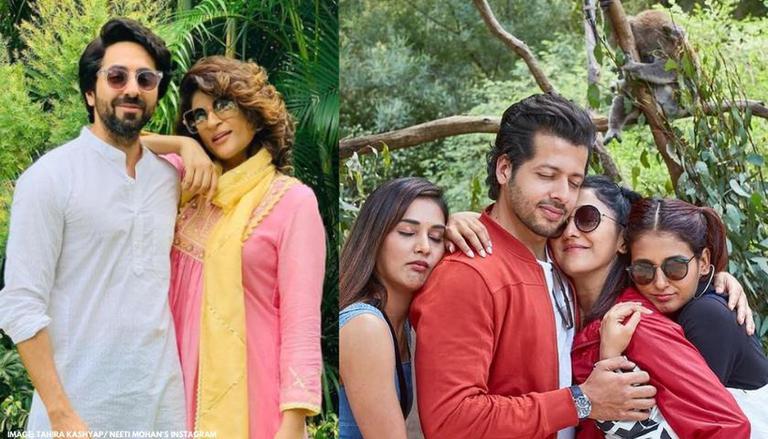 This video from Neeti Mohan's wedding was first shared by her friend Harshdeep Kaur, who has voiced the song with Navraj Hans. Harshdeep had posted it to wish Neeti on her 3rd-month wedding anniversary. Sharing the same, she had penned, "When DJ wale babu doesn’t play your song, we sing it ourselves. Major throwback to our impromptu practised performance on Ishq Mitha at Neeti Mohan and Nihaar Ki Shadi."

Neeti had reposted it and had remarked that everyone needs best friends like these bunch of people. She had further thanked them for making her wedding extremely special and memorable. As they completed two years of their marriage in 2021, they shared some happy pictures and announced their pregnancy.

READ | Neeti Mohan swears by Yoga during pregnancy, quips she and her baby love it; watch

On June 3, Neeti Mohan's husband and she announced that they welcomed a baby boy while sharing a black-and-white portrait of the duo. Neeti wrote, "Our family, Nihaar Pandya & me are ecstatic to have welcomed our Baby Boy yesterday. To hold this little one in my arms is the most surreal feeling ever! Still sinking in. We are overjoyed and Thank everyone for the love and wishes."