365 Days frontliner Michele Morrone has taken to Instagram in order to put all the gay rumours that were sparked by his most recent Instagram picture to rest. 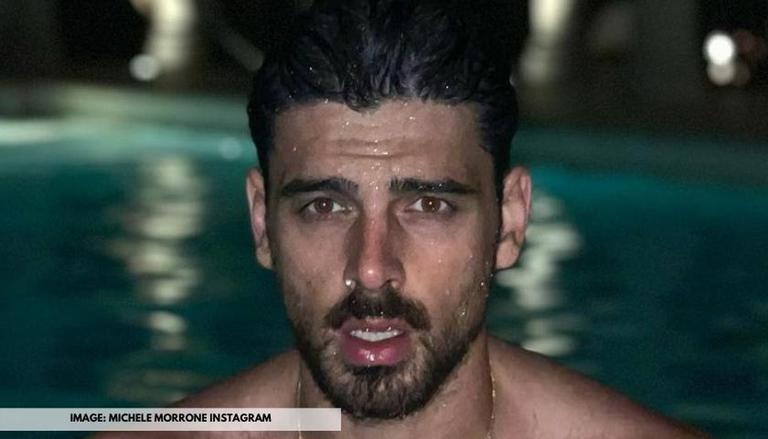 
Michele Morrone's Instagram family quite recently received a clarification from the actor himself regarding the most recent rumours that had been sparked, courtesy of his most recent picture with his 365 Days sequel co-star Simone Susinna. The clarification in question came from the 365 Days cast member himself through a series of videos that he posted on his Instagram stories section. In addition to the same, the actor, through the videos, communicated that his co-star is like a brother to him and Morrone's pool selfie with him should not be taken as a statement of coming out of the closet. Read on to know more.

Michele Morrone on gay rumours that were sparked by pool selfie with Susinna:

In the video, Morrone, while touching upon the topic, can be heard saying that, "This morning, I woke up with my team calling me and saying, ‘Hey, there’s a lot of articles…saying that you came out,’ because of the picture I took with Simone.” He continued, “He became a very good friend of mine, we’re like brothers. We’re shooting a movie together. Guys, it was just a picture. Nothing more.” “And by the way…I’m a very big supporter of the LGBT community. But we’re just talking about a normal picture. I didn’t come out,”. Additionally, while addressing the caption of the photo, which read, "I'm a liar", he can be heard saying that, "An actor is a kind of liar. That’s why I wrote that. Acting…someone who is not. I didn’t come out,”. While concluding the statement, the actor, musician and the 365 days cast member said that “So, I’m so sorry for the confusion. As I said, I’m a big supporter of the LGBT community. There’s a lot of young guys and young girls…they would love to come out but they don’t do it because of their families. You know, happiness is priceless, guys.”. The pool selfie that sparked the aforementioned rumours can be found below.

The character played by Michele Morrone in 365 Days is that of Massimo Torricelli, a member of a well-known Mafia family. Morrone's Massimo can be seen eventually falling for Anna-Maria Sieklucka's Laura Biel. The romance between the two eventually blossoms and takes the shape of a passionate relationship. The trailer for the same can be found below.