Singer and pop star Adele has been dating LeBron James' agent, Rich Paul, for 'a few months', a source has confirmed as the duo was spotted at NBA finals. 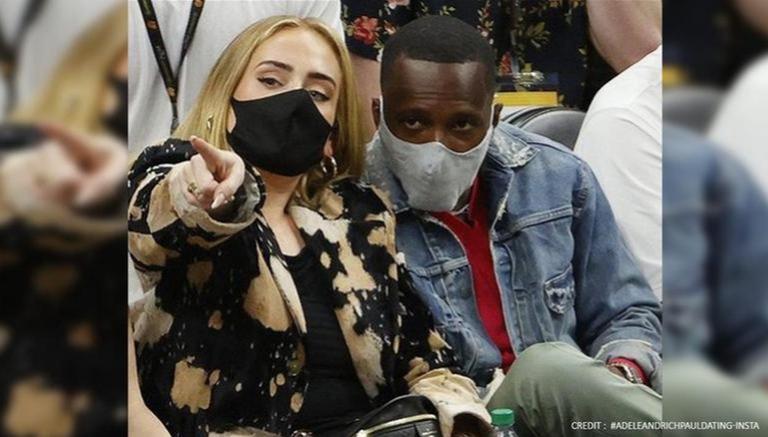 
Singer and pop star Adele has been dating LeBron James' agent, Rich Paul, for 'a few months', a source has confirmed to Page Six. The Hello singer and Rich Paul were seen bonding with each other at Game 5 of the NBA Finals between the Milwaukee Bucks and the Phoenix Suns on Saturday, sparking dating rumours. The rumours of their relationship have been making rounds since Brian Windhorst of The Lowe Post podcast, made a comment.

Sources confirm that the duo is 'definitely dating'

Meanwhile, hints have been doing rounds that Paul and Adele, have been dating for a few months, as far back as May. The insider, while talking to Page Six stated that "they are [definitely] dating". After the couple's public outing, ESPN's Brian Windhorst, in his podcast said, "Rich Paul brings his girlfriend to the game sitting next to LeBron. His girlfriend is Adele." Fuelling fire to the rumours, he added that this is the first time that they've come out in 'public together' and that the news would be "all over tabloids".  Neither Adele nor Paul have responded to requests for comments.

British songstress Adele separated from her husband Simon Konecki in 2019, and their divorce was finalized in March 2021. Simon and Adele, who were married for 7 years, share the rights of their eight-year-old son, Angelo. The singer likes to maintain a low profile when it comes to relationships and has been silent on the recent speculation. Rumours of the singer 'having fun' with British rapper Skepta following her split were also reported to PEOPLE by various sources.

READ | Adele celebrates being 'Thirty Free' with rare photos; fans ask if it's a new album

On the work front, Adele is all set to release her new album with reports stating that the Rolling in the deep singer is all set for her comeback. Adele's last album, titled 25, was released in 2015. Since then the actress has taken time off to 'focus on herself', an Independent Online source stated.

Rich Paul on the other hand was reportedly in a serious relationship with Tobey Maguire's ex-wife Jennifer Meyer. Apart from LeBron James, the agent also represents Ben Simmons, Anthony Davis, Lonzo Ball and more. Paul is the founder of Klutch Sports Group where he has negotiated $2 billion for his clients in the past nine years. He is also the head of UTA Sports.

In a profile interview with New Yorker in May this year, Paul made a seeming reference to Adele mentioning that 'she was here yesterday' stating the name of the popstar but further told that he was not dating anyone, reiterating that his single status is put in the story.

WE RECOMMEND
Adele to share custody of her son Angelo with ex-husband Simon Konecki after divorce
Adele celebrates being 'Thirty Free' with rare photos; fans ask if it's a new album
Adele attends NBA finals with LeBron James' agent Rich Paul, sparking dating rumors
Adele's 'Hello' has a hilarious new mashup with Bobby Deol; check out
Adele to explore what she has been going through in new album: Reports