As MCU gears up for the release of its star-studded superhero movie 'Eternals', a brand new promo of the movie was released on social media. Watch here. 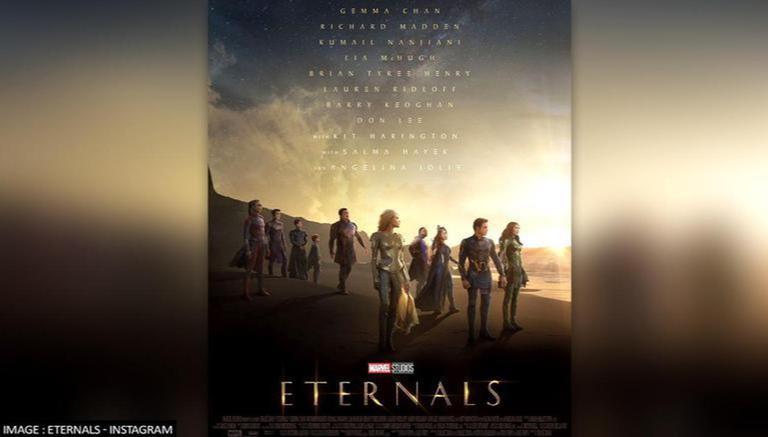 
Marvel Studios has begun its phase four in full swing and has planned back-to-back action-packed releases up until 2023. On Tuesday, MCU announced the India release date for some of its much-anticipated movies like Eternals, Doctor Strange 2, Black Panther 2 and others. Meanwhile, MCU's next release will be the star-studded superhero movie Eternals. Ahead of the movie's release, the studio dropped a new promo of the movie.

The new promo of Eternals was shared on the official Instagram page of Marvel India as they began the count-down of the movie's release. The movie helmed by Academy Award-winning filmmaker Chloé Zhao will release in India on November 5, coinciding with Diwali. The new promo of the movie featured action-packed scenes of the Eternals, an immortal alien race. As they shared the new promo, they wrote, "Diwali just became Exciting x 10! One month for #Eternals to arrive on the big screens
Releasing in English, Hindi, Tamil, Telugu, Malayalam and Kannada[sic]."

READ | 'Eternals' to be the second-longest MCU movie after 'Avengers: Endgame'?

Meanwhile, Marvel is gearing up for the release of several highly anticipated movies starting from 2021 to 2023. The first movie to release after Eternals is Spider-Man: No Way Home, which had fans extremely excited as the trailer featured some crazy multiverse scenes. The trailer also featured some fan favourite characters returning from the earlier Spider-Man movies. The movie is scheduled to release on December 17, 2021. The other MCU movies scheduled to release in India are:

READ | Angelina Jolie reveals she turned down big superhero movie before 'Eternals'
READ | Marvel's new movie 'Eternals' may have a 'Superman' reference in its trailer; Watch

WE RECOMMEND
'Eternals' to be the second-longest MCU movie after 'Avengers: Endgame'?
Angelina Jolie reveals she turned down big superhero movie before 'Eternals'
'Eternals' & 5 other Disney ventures this year to release exclusively in theatres
Salma Hayek admits not expecting to book role in 'Eternals' due to her age
Marvel's new movie 'Eternals' may have a 'Superman' reference in its trailer; Watch
Listen to the latest songs, only on JioSaavn.com