Alec Baldwin Announces His Mother's Demise In An Emotional Post; 'enormously Proud Of Her'

​​​​​​​Alec Baldwin's mother Carol Baldwin passed away at the age of 92, with the actor posting a heartfelt note for his birth giver on social media 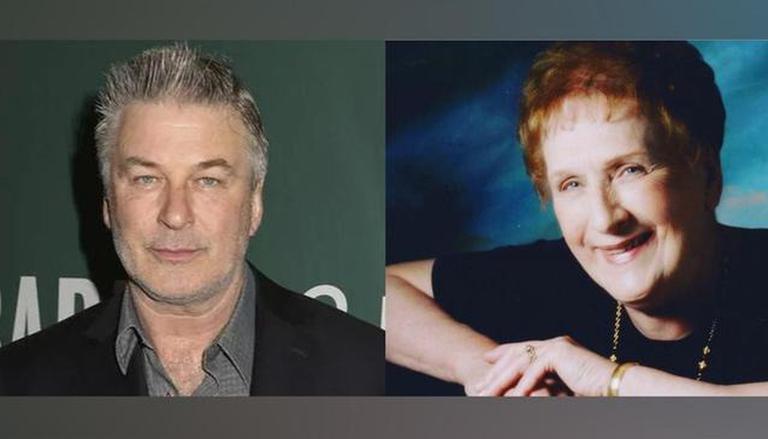 
Hollywood actor Alec Baldwin's mother, philanthropist and Baldwin clan patriarch Carol Baldwin passed away at the age of 92 on Saturday, with the actor posting a heartfelt note for his mother on social media. Announcing that Carol passed away in her hometown of Syracuse, New York, Alec stated how she taught him 'about second and third acts'. He went on to hail his mother as a true champion and fighter, who will be remembered for all her accomplishments.

Alec Baldwin announces his mother's demise in an emotional post

Taking to his Instagram handle, Alec posted a vintage picture of her mother alongside a more recent one and wrote, "Carol M. Baldwin, mother of actors Alec, Daniel, William and Stephen Baldwin and two daughters, Elizabeth and Jane, died today in Syracuse, New York."

Sharing details of her life in an emotional note, Alec went on to mention how it was with "the deepest regret" that his family had to confirm the death. Talking about his mother's role in his life, the actor mentioned, "My mother taught me about second acts. And third ones, too. She spent the last 25 years of her life as a fighter and a champion for the cause to which she devoted so much energy. We are all enormously proud of her accomplishments.” Take a look at the post here -

Offering condolences on his post, fans dropped comments like, "So sorry for your loss," and "May she rest in peace," among other things. Alec's wife  Hilaria also dropped a love heart emoji, while actor  Amy Sedaris wrote, "Awwwww oh I’m so so sorry. I will light a candle. Thinking of you."

READ | Alec Baldwin opens up on why he and wife Hilaria keep having kids; 'Being a parent is..' 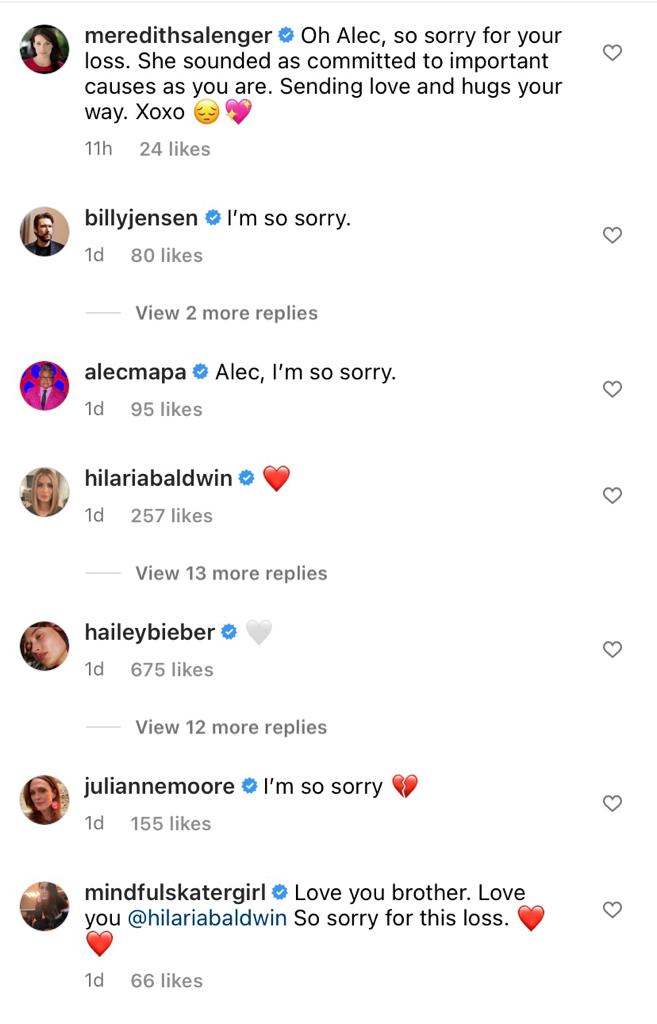 Hilaria also shared a picture of Alec on her Instagram handle, condoling Carol Baldwin's demise. She wrote in the caption," She lives on in you, her other babies, their babies…our babies…in all of those who loved her and knew her big heart. Rest In Peace, Carol M. Baldwin."

Alec was embroiled in a massive controversy owing to the fatal shooting incident that took place on the sets of the film Rust. It claimed the life of cinematographer Halyna Hutchins. She was killed by a live bullet in a prop gun discharged by Baldwin on the sets.

READ | Alec Baldwin's defamation lawsuit by family of US marine dismissed in court; deets inside

WE RECOMMEND
Hailey Bieber pens moving note to pay tribute to her late grandmother Carol Baldwin
Alec Baldwin's defamation lawsuit by family of US marine dismissed in court; deets inside
Alec & Hilaria Baldwin share 'family's hope & wishes' as they announce gender of 7th child
Alec Baldwin opens up on why he and wife Hilaria keep having kids; 'Being a parent is..'
Alec Baldwin resumes work after fatal 'Rust' shooting in Oct 2021; says 'it feels strange'