Amber Heard took the stand in a Virginia courtroom on Monday, continuing her testimony in the high-profile defamation suit filed by her ex-husband Johnny Depp. 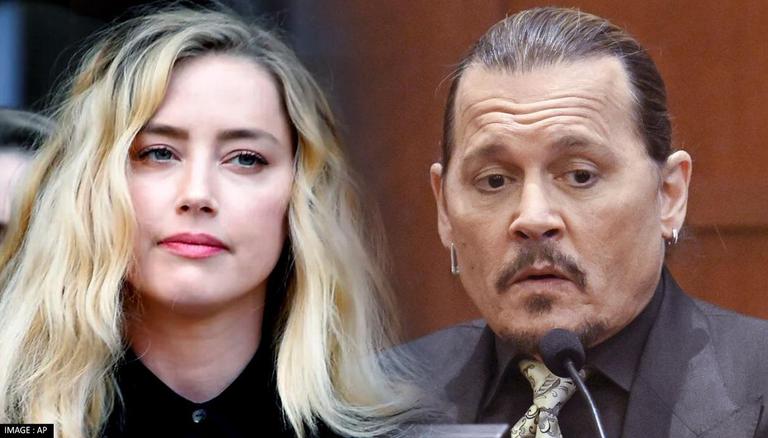 
Amber Heard took the stand in a Virginia courtroom on Monday, continuing her testimony in the high-profile defamation suit filed by her ex-husband Johnny Depp. While testifying, the actor admitted that she had not fulfilled her pledge of donating $3.5 million to the ACLU after publicly claiming that she has already fulfilled the contribution, as per ABC News. She cited Depp's defamation suit as the reason for her failure to donate the entire sum.

In 2016, it was announced by the Aquaman star that she had donated the entire divorce settlement of $7 million to charity. She also testified under oath in Depp's 2020 libel suit in the UK that she had donated sum. While making an appearance on the Dutch talk show RTL Late Night in 2018, Heard stated, "$7million in total was donated. I split it between the ACLU and the Children's Hospital of Los Angeles. I wanted nothing".

When asked about the same in court, Heard reportedly admitted that she is yet to fulfill the pledged donation because Depp sued her for $50 million in March 2019. She said, "I fully intend to honour all of my pledges. I would love for him to stop suing me so I can".

Previously, the ACLU Chief Operating Officer and General Counsel, Terence Dougherty, testified during the trial that Heard has only paid a total of $1.3million so far. He further added she only contributed $350,000 directly under her name in December 2018 and ever since then she hadn't paid any money, as per the testimony.

The ACLU representative reportedly also presented the breakup of the money paid by Heard of which $100,000 was paid by Johnny Depp, $350,000 was received from a fund at Fidelity and another $ 500,000 came from Vanguard, which the representative claimed was a fund set up by Elon Musk.

Further, when questioned about accepting $7 million in settlement from Depp, Heard reportedly testified, "I didn't care about the money. I was told if I didn't agree to a number it could be overturned, we would never settle. I took far less than what they were offering and what I was entitled to".

She further added, "I just wanted my safety and my future and he compromised that….I wanted him to leave me alone. I've been saying that since 2016".

Johnny Depp is suing ex-wife Amber Heard for millions in damage over the op-ed the latter wrote for The Washington Post in 2018. In the opinion piece, Heard referred to herself as a "public figure representing domestic abuse". Although she did not identify Depp in her op-ed, he sued Heard for damaging his personal and professional life. After more than a year of the legal battle, Amber Heard countersued Depp alleging that he defamed her when his attorneys released statements calling her allegations of abuse a hoax.