Amber Heard and Johnny Depp recently fought a high-profile defamation case, before the jury declared a verdict favouring the 'Pirates of the Caribbean' actor. 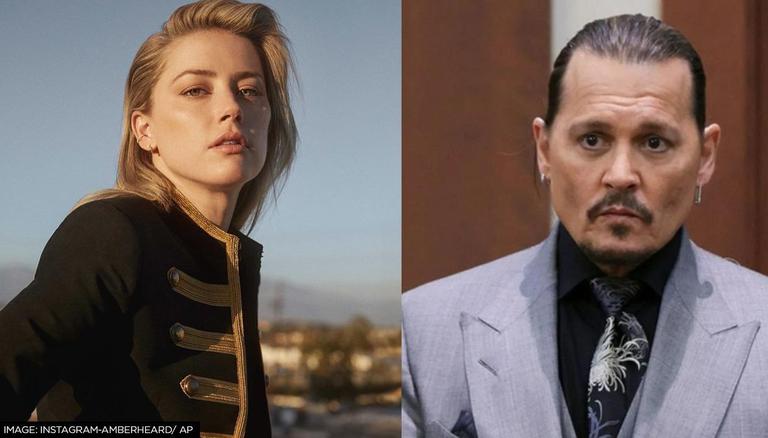 
Amber Heard and her ex-husband, Johnny Depp recently went head-to-head in a high-profile defamation case, before the jury declared a verdict favouring the Pirates of the Caribbean actor. According to a report by Courthouse News, Heard's legal team has appealed to a Fairfax County Circuit Court judge to dismiss the verdict.

The recent report by Courthouse News stated that Heard's team contested that Depp allegedly lost his role in the Pirates of the Caribbean franchise owing to Heard's op-ed on domestic violence. They also believed that at least one of the jurors on the panel was 'not properly vetted' by officials.

READ | 'Aquaman' actor Amber Heard has the 'world's most beautiful face' as per science: Reports

Her team has now appealed for the verdict favouring Depp to be dismissed, or wishes for a new trial to be held in the case. Heard's attorney Elaine Bredehoft said, "Depp proceeded solely on a defamation by implication theory, abandoning any claims that Ms Heard’s statements were actually false."

Depp's team has also responded to the appeal, as Ben Chew mentioned in an email, that he expected this response from Heard's side and said, "What we expected, just longer, no more substantive."

After the high-profile trial ended, the verdict favouring Johnny Depp was announced, declaring that Heard defamed her ex in her op-ed on domestic violence, which was published in The Washington Post. The jury awarded Depp $10 Million in compensatory damages and an additional $5 Million in punitive damages. Amber Heard was also awarded $2 Million in compensatory damages and the duo both released statements online after the verdict.

READ | Amber Heard to pen memoir after losing legal battle against Johnny, feels career is over

Johnny Depp penned down a note narrating how his life changed 'in the blink of an eye' after his ex's op-ed. He mentioned that 'serious and criminal' allegations were levied on him as he expressed his gratitude to the jury for giving him his life back after six years. He thanked all his supporters and well-wishers for the love they showered on him throughout and promised that the 'best is yet to come'.