Johnny Depp and his ex Amber Heard are in the midst of a legal battle. Recently, Heard revealed she is not surprised by Kate Moss' claims in favour of Depp. 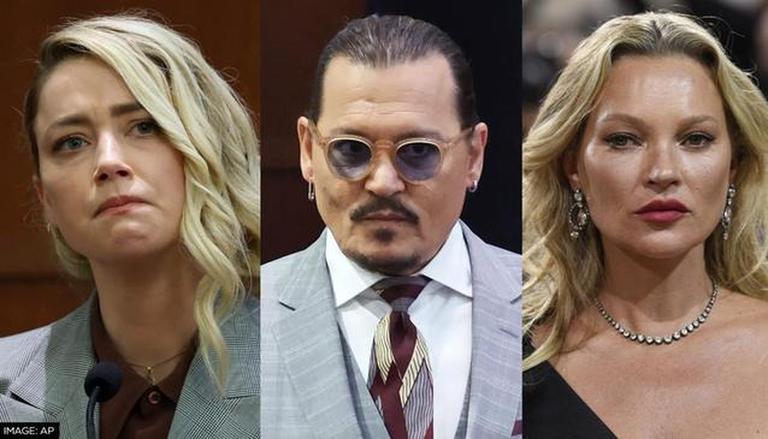 
Johnny Depp and Amber Heard are currently in the midst of a legal tussle in Fairfax, Virginia and several shocking statements from the ex-couple's testimonies have been making headlines. The ongoing legal battle is witnessing shocking twists and turns with each passing day.

After several headline-grabbing statements from both parties, the case recently took a new turn. Amber Heard dismissed Depp's ex Kate Moss' claims after the latter took a stand for Johnny Depp. Heard reacted to this by stating that she is not surprised to see Kate Moss and others testifying for Depp, calling it his 'power.'

Amber Heard is not surprised by Kate Moss' claims

On Thursday, Amber Heard revealed that she is not surprised by last-minute statements in favour of Johnny Depp from Kate Moss and a hotel manager, claiming that is the kind of power and influence Depp exerts over people. Adding to this, the Aquaman actor said-

Depp's attorney, Camille Vasquez, brought up these last-minute testimonies during the cross-examination and said that she must be surprised by them as it raises questions about the credibility of her claims. To which Heard says that she isn't surprised as people do things in favour of her ex-husband who she believes is a 'powerful man'. Heard said-

Earlier, Amber Heard in her testimony mentioned something about Johnny Depp's ex Kate Moss. Heard claimed that some people had told her that Depp was once violent with Moss and had pushed her down the stairs. However, Kate Moss herself refuted these rumours. The British Model said-

"I slid down the stairs and hurt my back and I screamed because I didn't know what happened to me and I was in pain. He came running back to help me and carried me to my room and got me medical care. He never pushed me, kicked me or threw me down any stairs."

WE RECOMMEND
Did Amber Heard's parents lend support to Johnny Depp during ongoing trial? All about it
Amber Heard breaks down during the trial; says she's getting 'thousands of death threats'
Will Johnny Depp testify once again in the defamation trial against Amber Heard? Read Here
'SNL' Cold Open takes a hilarious dig at Johnny Depp-Amber Heard defamation trial; Watch
Johnny Depp's supporters claim 'Amber Heard was posing for photos' amid trial in court