Amber Heard To Pen Memoir After Losing Legal Battle Against Johnny, Feels Career Is Over

Actor Amber Heard who recently lost the defamation trial against ex-husband Johnny Depp is all set to don the hat of an author with her new memoir. 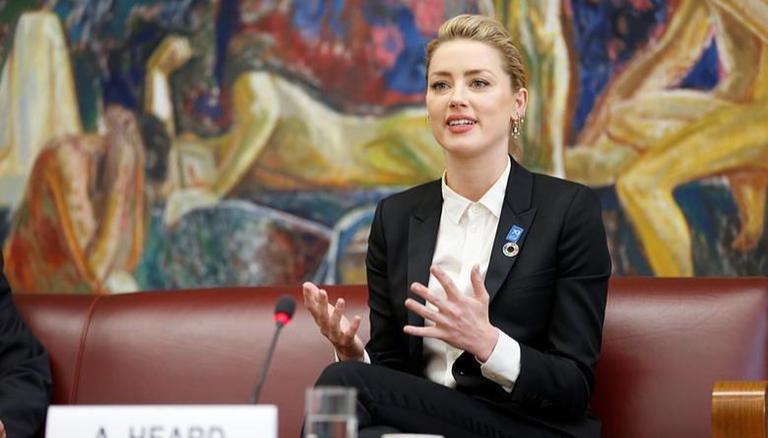 
Hollywood actor Amber Heard who recently lost the defamation trial against ex-husband Johnny Depp is all set to don the hat of an author. According to Ok Magazine, the Aquaman star is all set to sign a deal to write a 'tell-all' book as she feels her career in Hollywood is over and she has nothing to lose now.

After losing the gruelling defamation case against her ex-husband, the 36-year-old has been ordered to pay 8.3 million in damages to Depp. Now, post introspecting about her career, the actor is thinking of adopting different routes to earn a living and pay the damage charges levied on her.

Amber Heard to pen a memoir after losing defamation battle

Penning a memoir seems to be a lucrative idea for Amber, whose lawyer Elaine Bredehoft said that the Texan-born star can "absolutely not' afford to pay the damages to the 59-year-old Pirates of the Caribbean star after losing the verdict.  "Amber considers her career in Hollywood over. She's already in talks and is excited about it. At this point, she has nothing to lose and wants to tell all," an insider close to the actor told OK! Magazine.

However,  author-lawyer Dror Bikel told the publication that Amber should be 'extremely careful' as Johnny's lawyers will 'be reading and listening to everything'. The lawyer also warned about the repercussions and added that if the actor 'crosses the line', she will face 'another defamation suit'.

Earlier, Amber was spotted shopping at a local discount store in New York’s Hamptons. According to New York Post, sources claimed that Amber is 'broke' as not only has to pay Depp, but also her legal team for the course of the trial. Heard, along with her sister Whitney was spotted at  TJ Maxx, where supposedly clothes are available at a nominal price.

READ | 'Aquaman' actor Amber Heard has the 'world's most beautiful face' as per science: Reports

Reportedly, Amber was counting on the insurance policy of her homeowner to meet the cost of her legal team. As per the Celebrity Net Worth site, Heard's net worth stands somewhere between USD 1.5 million and USD 2.5 million, which is far away from how much she owes Depp.