Animated science fiction 'Ron’s Gone Wrong', which is based on the 'budding friendship between a boy and his faulty robot' is set to release in India this month 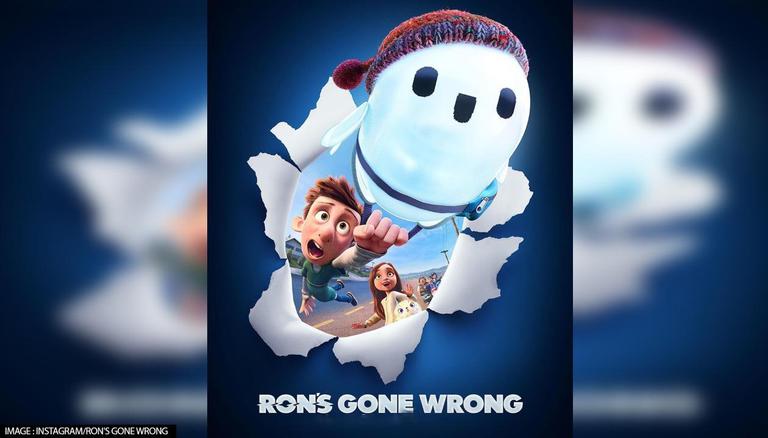 
20th Century Studios and Locksmith's collaboration Ron’s Gone Wrong, which showcases the story of a budding friendship between a boy and his 'best Friend out of the Box' faulty robot, is set to witness a theatrical release in India soon. The science-fiction comedy, directed by Jean-Philippe Vine and Sarah Smith, is also slated to have its world premiere at the 2021 BFI London Film Festival on October 9.

Centring on a socially uncomfortable school going lad Barney and his new walking digital companion, Ron, the story is touted to offer a 'touching and hilarious look' at their friendship. The movie, which has been co-directed by Octavio E. Rodriguez, marks the first animated film released under the 20th Century Studios banner.

When will Ron’s Gone Wrong release in India?

The film is slated to hit the Indian theatres on October 29, 2021, right after marking its release in the United Kingdom and the US on October 15 and October 22 respectively. Written by Peter Baynham and Smith, the film will feature voiceovers by actor Zach Galifianakis, Jack Dylan Grazer, Oscar winner Olivia Colman, Ed Helms, Justice Smith, Rob Delaney, Kylie Cantrall, Ricardo Hurtado, Marcus Scribner and Thomas Barbusca. Former One Direction member and singer Liam Payne has also penned an original song, titled Sunshine for the film, which was released on August 27, 2021.

Ron's hilarious moments due to his malfunctions in the age of social media, set the stage for the action-packed adventure, while also showcasing the beautiful and messy tale of true friendship. The first film from Locksmith Animation was announced on October 12, 2017, with its release date set for November 6, 2020. The film, which has been postponed multiple times owing to the COVID-19 pandemic, is slated to run exclusively in theatres for 45 days before it premieres on various digital platforms.

READ | 'Hotel Transylvania 4' cast: Know the actors who have lent voices in this animated film

The script, which has been Peter Baynham and Smith, focuses on the unhealthy and overarching dependence on social media. The film's music score has been composed by Henry Jackman. Ron's Gone Wrong will be the only Locksmith Animation film distributed by 20th Century Studios as the former has finalised a multi-year production deal with Warner Bros. Pictures for its future projects.

WE RECOMMEND
Walt Disney set to launch new studio, announces 'Moana' as first upcoming project
'Eternals' & 5 other Disney ventures this year to release exclusively in theatres
Scarlett Johansson settles 'Black Widow' lawsuit, says open to work with Disney in future
Edgar Ramirez talks about his 'Jungle Cruise' role: 'I love the mystery of my character'
Reese Witherspoon begins shooting for Netflix movie 'Your Place or Mine', shares pic
Listen to the latest songs, only on JioSaavn.com