Ariana Grande's Net Worth (2021): Here's How Grande Paved 'The Way' To Millionaire Status

Ariana Grande's net worth (2021) has sky-rocketed to a new level. Grande's acting and singing prowess has cemented her in the entertainment industry. 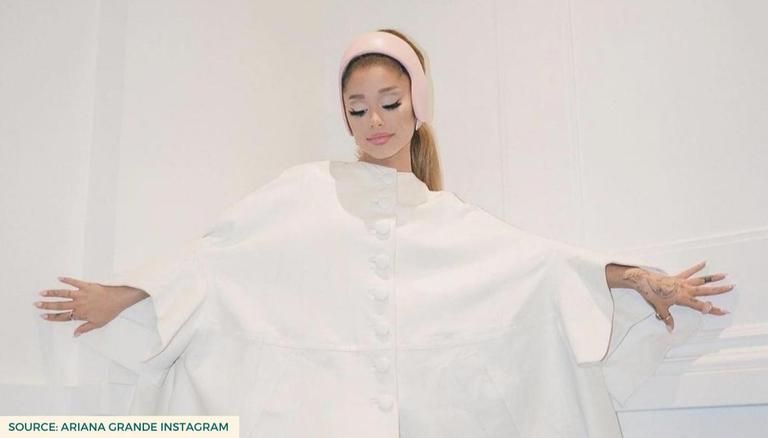 
Ariana Grande has been reigning several music charts with her recent album, Positions. The Thank U, Next singer recently won a Grammy for her hit single, Rain On Me featuring Lady Gaga. Apart from a successful singing career, Ariana Grande also dabbles in acting and several other side ventures. So what is Arian Grande’s net worth (2021)?

According to Celebrity Net Worth’s report, Ariana Grande’s net worth (2021) is approximately $180 million. The major contributor to this huge net worth is Grande’s grand success in the music industry. She has also worked as an actress in the past.

Ariana Grande began her career in the entertainment industry through Broadway. But she became a teen idol through her role as Cat Valentine on Nick’s Victorious. Her character became so popular among children and youth that soon a spinoff series titled Sam & Cat began airing. Since Ariana Grande’s singing prowess was proven during her time on Broadway, soon she was signed by Republic Records.

READ | 'Grateful': Ariana Grande reacts to Grammys 2021 win for 'Rain On Me' with Lady Gaga

In 2013, Ariana Grande debuted her first solo album titled Yours Truly. Her popularity among the youth and her vocal talent help the album bag the No.1 spot on the Billboard charts. Another shining star for this album was its hit single, The Way. Ariana Grande’s love for R&B and pop was also visible in all her albums, right from My Everything to the 2019 album, Thank U, Next. Ariana Grande’s 2018 album, Sweetener event went on to win the Grammy for Best Pop Vocal Album.

Ariana Grande’s songs Thank U, Next, 7 Rings, and Break Up with Your Girlfriend, I’m Bored are considered to be a few of the most successful songs in the songstress’ discography. Over the period, the song Thank U, Next has achieved cult status in pop culture. In 2018, Ariana Grande even received the Woman of the Year award.

Ariana Grande is the newest addition to The Voice family. The Thank U, Next singer is now a judge on the singing reality show. This is the first time Ariana Grande will be sitting on the iconic red swivel chair. Moreover, Ariana Grande has replaced Nick Jonas on the judges' panel. Many reports suggest that Ariana Grande received an alleged paycheck of $20-$25 million for this gig. She is now the highest-paid voice coach in the show’s history. This paycheck is another contributor to Ariana Grande’s net worth.

WE RECOMMEND
Ariana Grande opens an animal shelter called 'Orange Twins Rescue' in CA
Listen to the latest songs, only on JioSaavn.com