'Army Of The Dead': Does The Film Have Post Credits Scene? All You Need To Know

Army Of The Dead, the latest offering from Zack Snyder after delivering his fully-realized vision of Justice League, has finally made it to Netflix. 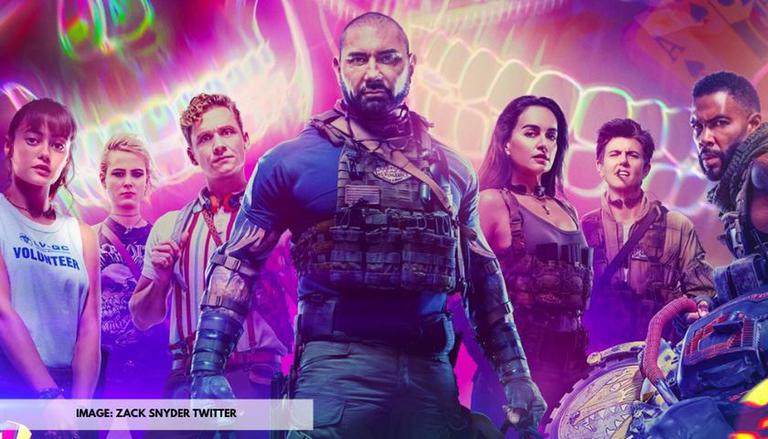 
Army Of The Dead, the latest offering from Zack Snyder after delivering his fully-realized vision of Justice League, has finally made it to select theatres across the globe as well as on Netflix. Since the past few years, Zack Snyder, who was majorly working on comic-book adaptations, had become accustomed to adding a post-credits scene, setting up a follow-up film that will take the story of the film forward. But, is there an Army Of The Dead post-credits scene? This article will essentially provide an answer to that very question and divulge details on how does Netflix plan on expanding in the world of Army Of The Dead. Read on to know more.

Is there an Army Of The Dead-end credits scene?

The final few moments of the film see the members of the Las Vengeance group disband after their mission and go their separate ways. The very final few moments of the film sees one of the characters look at a scar left by a Zombie on him, who ends up taking it as a sign of the possibility that he himself might turn into a zombie. But, seconds later, those fears dissipate and the character in question takes a deep sigh of relief. Post this sequence, the credits begin to roll.

The aforementioned film will tell the story of some of Zack Snyder's film's main characters during the time when the zombie outbreak was in its infancy stages. Details regarding the projects in question are scarce at the moment. More information regarding the same will be shared with the readers as and when it is made available.

READ | Army Of The Dead review: Audience call the film 'ridiculously fun and over the top'