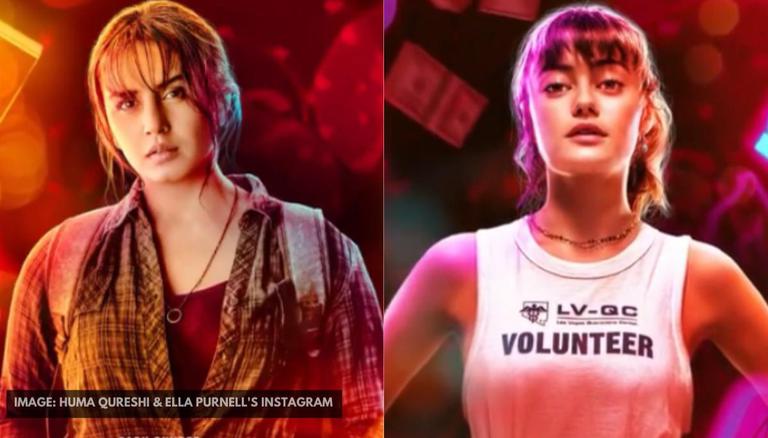 
Huma Qureshi has been in the news lately ever since her highly-anticipated zombie heist film, Army of the Dead, premiered on Netflix on May 21, 2021, following a stint at limited theatres in the US. While Huma's role in this Zack Snyder directorial has been receiving a mixed response from the masses, the Jolly LLB 2 star has been actively promoting her film on social media by sharing glimpses of some BTS moments with the Army of the Dead cast. Among all the co-stars, the 34-year-old has grown super close to lead actor Ella Purnell during the shoot of their newly-released film and she also recently went on to compare her and Ella's friendship to Jai and Veeru's friendship from the cult Bollywood film, Sholay.

As Army of the Day has been one of the trending topics of discussion among netizens on social media, Huma Qureshi has been treating fans with multiple throwback pictures to share some anecdotes from the sets of the Hollywood film. Similarly, soon after the film released, Huma took a stroll down memory lane and reminisced about working with co-star Ella Purnell in Army of the Dead by sharing a candid photo of herself with Ella from the set of this Zack Snyder film. In addition to that, Huma also dedicated the iconic Sholay song Yeh Dosti Hum Nahi Todenge to her co-star by giving it a humourous "Zombie" twist.

Furthermore, she also boasted about her friendship with the Sweetbitter actor and went on to call their AOTD characters Geeta and Kate "the new Jai-Veeru" in Zombie Vegas. Huma wrote, "Geeta and Kate are the new Jai-Veeru of course in Zombie Vegas... Ye dosti hum nahin bhuleinge... bhulenge toh magar tujhe 'zombie' key pass na chodh renge." The Gangs of Wasseypur actor asked fans, "can you guys spot Zack in the photo? #BTS #throwback #AOTD (sic)".

Take a look at some comments by netizens below: 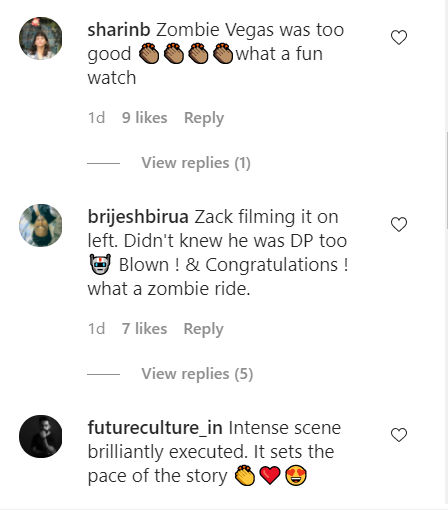 For the unversed, Huma Qureshi in Army of the Dead essays the supporting role of "Geeta" while Ella Purnell plays the lead role of Kate Ward in this The Stone Quarry-produced film. The duo has shared multiple sequences in the film together as a refugee & single mother Geeta ventures into the Zombie-infested city and cannot manage to return while Kate, alongside other mercenaries, goes on a rescue mission to save her life. Whether or not do they succeed at rescuing Geeta from the Zombieland is revealed in the much-talked-about Army of the Dead ending.