Army Of The Dead: Samantha Win Sheds Light On Why Chambers Is A Proficient Killer

Army Of The Dead's Samantha Win sheds light on why is Chambers such a proficient killer when it was believed that she hadn't killed a zombie before. Read on. 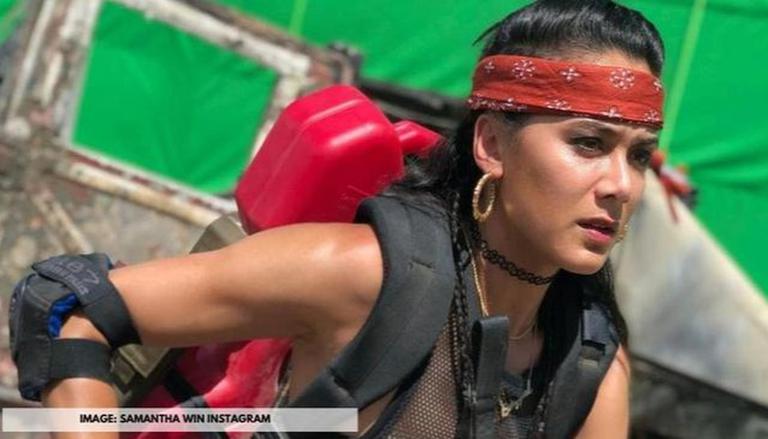 
The character played by Samantha Win in Army Of The Dead is that of Chambers. In the film, when Bautista's Scott Ward asks who hasn't killed a zombie before, Chambers is one of those people who raises her hand. But, few sequences later, she is established as one of the best of the lot when it came to beheading the undead. While talking to the officials at ScreenRant, Win described how and what made her characters as skilled as someone who has perhaps been doing something like that for years. Read on to know more.

Samantha Win on what made Chambers such an asset to team Las Venegeance:

While on the topic, Win, during the aforementioned conversation with the portal, was quoted saying that the backstory for Chambers was created by Win in partnership with Raúl Castillo, who plays Mikey Guzman in the film. During the conversation, Win revealed how, upon reading the script, she imagined that her character, Chambers could possibly be someone who has played a lot of VR first-person shooter games in addition to being a budding YouTube influencer. While adding to the same, Win even revealed that her, as well as Castillo's Army Of The Dead character, came from relatively socio-economically disadvantaged backgrounds, which opened up several possibilities for the characters in question when it came to the reason behind them knowing how to handle firearms skilfully. More specifically, Win imagined that Chambers played enough Arizona Sunshine to make her a skilful shooter. Arizona Sunshine is a Zombie Survival first-person shooter game that can be played on Steam and other game streaming platforms.

Zack Snyder's Army Of The Dead review(s) by many have described the film as an "over-the-top actioner with a healthy dose of blood and gore" amongst other things. Army Of The Dead cast members, in addition to Samantha Win, include the likes of Dave Bautista, Tig Notaro, Garret Dillahunt, Ella Purnell, and Omari Hardwick. As far as more Army Of The Dead content is concerned, Netflix is developing an Army Of The Dead animated prequel series that will supposedly explore the setting of the film prior to the Zombie outbreak that was a source of most of the action and drama in Zack Snyder's first directorial venture since Justice League. Additionally, the shooting of a prequel film, titled Army Of Thieves has reportedly been almost completed, as per Zack Snyder's latest revelations themselves. More information regarding the same will be shared with the readers as and when they are made available.