Actor Ben Affleck and 'No Time to Die' star Ana de Armas set Couple Goals as they get snapped wearing matching heart necklaces. Read on for the details

Ana de Armas was snapped in April wearing her half of the necklace while she was out for a stroll with Ben Affleck in Los Angelas. As reported by a news source, Affleck's half was snapped when the star arrived in Venice, California to meet Ana on Friday. The confirmation of Affleck dating Ana de Armas came when they were clicked vacationing together in Costa Rica and Cuba in March.

A source revealed in April that both Ben Affleck and Ana de Armas are smitten with each other. The source also added that Ben is very supportive of Ana and tells her how amazing she is. The report further added that Ana's friends are constantly telling her how lucky she is to have Ben. 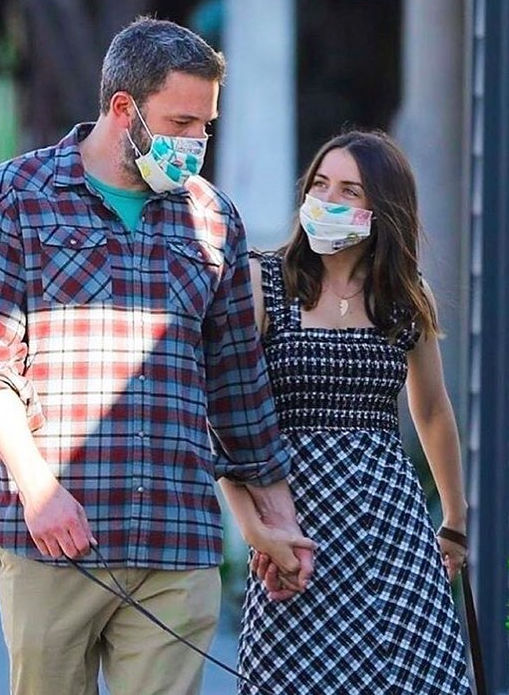 Adding that they think Ben Affleck is charming, cool, and fun, the source said that Ana de Armas' friends are happy for her. The duo met while they were shooting for their film Deep Water in 2019 and it did not take long for the sparks to ignite between them.

Ben Affleck and Ana de Armas are often snapped when they are taking walks together throughout their neighbourhood. The insider added that they are both in love and enjoying the moment and are currently quarantining together.

Ben Affleck seems to be thoughtfully juggling his time between Ana de Armas and his kids amid the pandemic. He shares three kids with ex-wife Jennifer Garner with whom he officially got divorced in 2018. The insider revealed that Ben has been holding off on introducing his kids to Ana and is waiting for the right time.

Talking about Garner, the source said that she has completely moved on from Ben Affleck in a romantic scene. Adding that she considers him as a friend, the insider said that Jennifer thinks he is a good dad to their children and respects him. The source also added that she is happy for him and is supportive of his new relationship.