At the red carpet premiere of 'The Tender Bar', Ben Affleck was asked about his current headspace and the Hollywood star had the sweetest response. 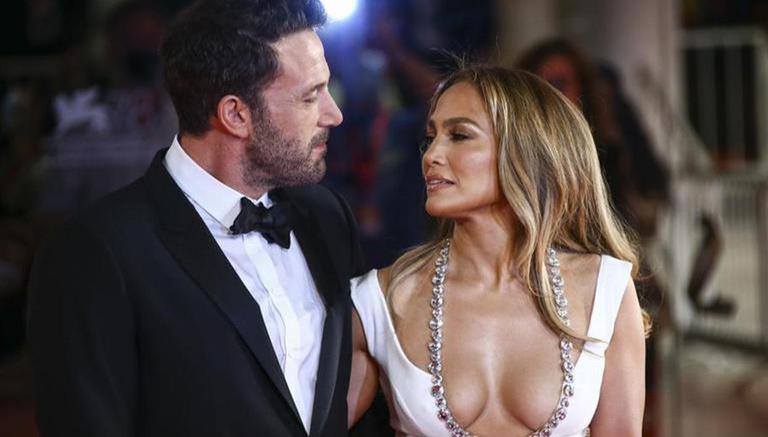 
Celebrity couple Ben Affleck and Jennifer Lopez have been making headlines ever since the two got back together after 17 long years. From kissing on yachts to holding hands in public, the duo was in the limelight amid their dating speculations. However, the couple finally made the Venice Film Festival red carpet to make their relationship official. The couple's happiness is quite evident from their content smiles and PDA-filled photos.

Recently, at the red carpet premiere of his upcoming film titled The Tender Bar, which is helmed by George Clooney, Ben Affleck was asked about his current headspace and the Hollywood star had the sweetest response.

While Ben Affleck didn't mention girlfriend and singer Jennifer Lopez, his answer was enough to let everyone know why he has been on cloud nine currently. During his interaction with Extra TV, Affleck said that he's currently in a very positive place. He stated, "I’m very happy. It is a very happy time in my life. Life is good".

READ | Ben Affleck gushes about girlfriend Jennifer Lopez; Says he is in 'awe' of her

Bennifer, first, sparked rumours of getting back together in the month of May post-JLo's separation from ex-husband Alex Rodriguez. The couple confirmed their rekindled romance on JLo's birthday as she took to her verified Instagram handle and posted a cosy picture with Affleck. The couple also walked the Venice Film Festival's red carpet together to confirm their romance. The couple was seen hugging and kissing each other, Affleck also helped JLo come out from a black car as they arrived at the venue.

Last week, Ben and Jennifer were also spotted in New York City as they took a romantic stroll together. The pictures that have taken over the internet showcase their happy phase. Take a look at the adorable pictures.

READ | Matt Damon, Ben Affleck starrer 'The Last Duel' to release on THIS date in India

Meanwhile, for the unversed, Affleck is currently gearing up for the big release of Ridley Scott's The Last Duel. During his red carpet interaction, the actor also mentioned that he is 'proud' of the film since he is also sharing writing credits along with Matt Damon. The George Clooney directorial flick will hit the theatres in the month of December this year.