In a recent episode of 'Real Time with Bill Maher', the host lashed out at Hollywood for turning a blind eye to gun violence and 'romanticizing' it. 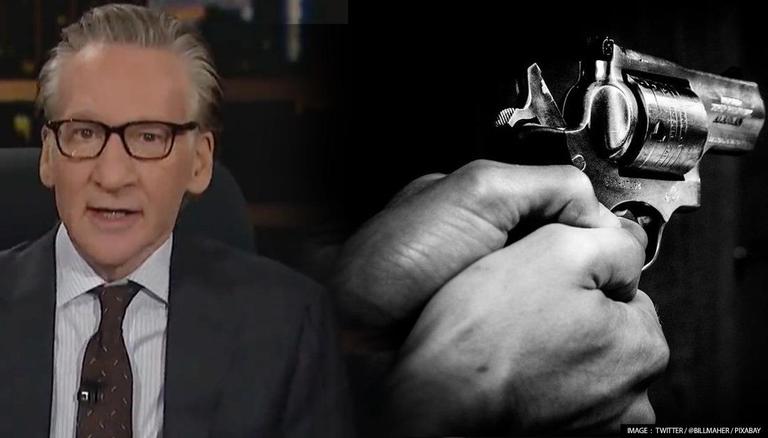 
With increasing instances of mass shootings wreaking havoc in the United States, Bill Maher lashed out at Hollywood for turning a blind eye to gun violence and 'romanticizing' it. In a recent episode of Real Time with Bill Maher, the HBO host said that while Hollywood is the 'wokest place' when it comes to other areas of social responsibility, there's no advocacy whatsoever when it comes to ending gun violence.

According to reports, Maher showed a series of clips from films like Top Gun: Maverick, and Deadpool where the man characters are shooting their nemesis with motivational music playing in the backdrop. He further noted there's a 'sick similarity' between the revenge-drawn motive of action films and the actions of school shooters.

According to Fox News, Maher mentioned, "It’s funny, Hollywood is the wokest place on Earth in every other area of social responsibility. They have intimacy coordinators on set to chaperone sex scenes, they hire sensitivity readers to go through and edit scripts, Disney stood up to the ‘Don’t Say Gay’ law, another studio spent $10 million to digitally remove Kevin Spacey from a movie, but when it comes to the unbridled romanticization of gun violence, crickets. Weird. The only thing we don’t call a trigger is the one that actually has a trigger."

A post shared by Real Time with Bill Maher (@realtimers)

He noted that an impressionable young man would imitate action sequences in a film, where a hero gets "over a grudge by mowing down a multitude of human beings." Stating that he's not calling for censorship or anything, Maher said that these movies showcase how to get revenge.

Maher mentioned that the good guys shoot an endless amount of bad guys, however, never seem to pay any major consequences themselves. He continued, “The worst that will happen to you is you have to sit beside the ambulance with a blanket.”

READ | Thousands rally in US demanding action on gun laws

He also mentioned," Easy access to guns; kids having smartphones, which makes losers feel even worse because of the bullying and all the fake lives that look better than theirs; and, yes, yes, crazy amounts of gun violence and movies and TV.”

READ | US: Anti-gun violence rally in Washington marred by panic after man yells 'I am the gun'
READ | Bill Maher says Jada Pinkett Smith's Alopecia 'not Leukemia'; 'Put on a wig'
READ | Bill Maher speaks up for comedians after Will Smith's Oscar slap; 'War on jokes must end'