Billie Eilish Claps Back At Critics Who Slammed Her Recent Transformation, See Post

Billie Eilish lashes out at critics who slammed her recent transformation and said that she has lost all her values. Read on to know more. 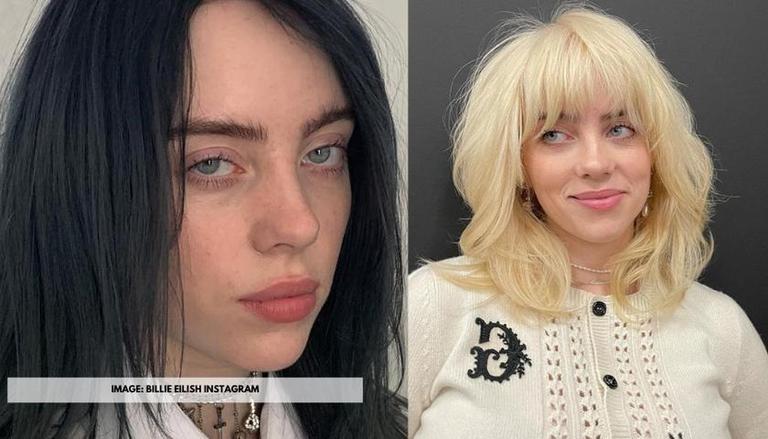 
Billie Eilish's recent transformation has left millions of her fans and followers praising her. The latest addition to the list of Billie Eilish's photos on Instagram sees the musician do away with her comfortable clothes and green hair locks for a more feminine avatar, complete with Billie Eilish's blonde hair and a corset. But, one publication, in particular, expressed their disagreement with Billie Eilish's transformation and insinuated that the hitmaker has given up all of her values after receiving fame, recognition and fortune. Eilish, in response, shared the article as an Instagram story and made certain edits to the same, which gives the sense that she was anticipating the seemingly imminent backlash. Read on for more.

Billie Eilish hits back at a publication that criticised her transformation 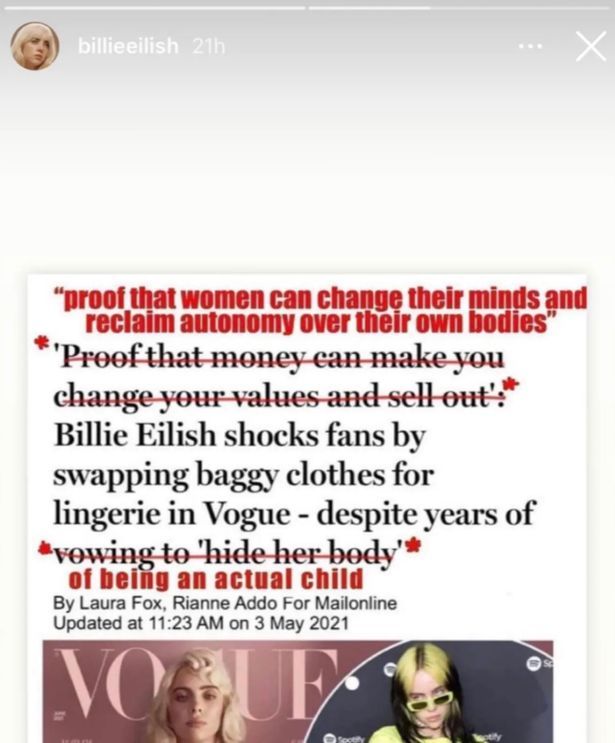 Eilish's on narrative around body image

It wasn't too long ago when in the wake of several instances of body shaming came to light, Eilish, for the first time ever, slowly and steadily let go of her iconic appearance in order to show her physique. The same was done in order to take the step towards changing the narrative around body image. Billie Eilish's Instagram video, which is titled "Not My Responsibility" sees the musician asking do her critics truly know her and her story and take a strong stand against the act of body shaming in a video which has been unanimously deemed as "powerful".

Billie Eilish's Not My Responsibility video

About Billie Eilish's tryst with the critics

Not too long ago, the hitmaker had received a series of not so positive messages after her most recent appearance at the latest edition of the Grammy Awards, where she secured her Record Of The Year award during the recently-concluded event. In response to the same, Chrissy Teigen took to Twitter in order to share her thoughts on the same. She said that winning record of the year s**ks because you can’t enjoy it when everyone’s telling you why you don’t deserve it.

READ | Who is Billie Eilish's Boyfriend? All you need to know about rumored beau Matthew Vorce
READ | Billie Eilish reveals how COVID-19 pandemic changed her songwriting ahead of album release
READ | As Billie Eilish's new song 'Your Power' makes waves, fans obsess over singer's new look
READ | When Billie Eilish shared an adorable throwback video ahead of her 18th birthday
READ | DYK Billie Eilish was a huge 'Walking Dead' fan & it served as inspiration for her songs?