Actor Bob Saget whose sudden demise has left a great blow on his fans all over the world, was finally laid to rest on Friday after five days of his death. 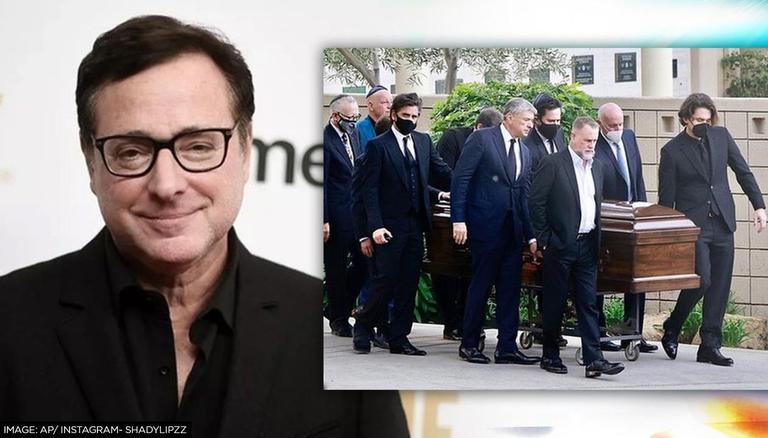 
Actor-comedian Bob Saget’s sudden demise has left a great blow on his fans all over the world. Ever since the tragic news of his shocking demise started surfacing on social media, several celebrities started offering their heartfelt condolences. After five days, Bob Saget’s funeral ceremony was finally held in Los Angeles with close friends and family in attendance.

The pictures of the stars, photographed outside the funeral home arriving for the ceremony, have been surfacing on social media. All the stars were seen in somber attire like black with their faces covered with masks during the ongoing pandemic. Earlier in the day, Stamos, 58, reflected on the difficult day ahead.

"Today will be the hardest day of my life," his Full House co-star wrote on Twitter, going on to share the serenity prayer: "God, grant me the serenity to accept the things I cannot change, courage to change the things I can, and wisdom to know the difference." Saget's widow, Kelly Rizzo, responded to Stamos, writing: "I love you, brother."

On the other hand, while it was undoubtedly a difficult day for Rizzo who met Saget in 2015 and married him three years later in 2018 — she found a sweet way to keep her late husband close at Friday's service. The 42-year-old widower threaded a gold chain through her late husband's wedding ring and wore the sentimental piece around her neck.

As per AP, Saget was in Florida as part of his I Don’t Do Negative Comedy Tour. Deputies in Orange County, Florida, were called Sunday about an 'unresponsive man' in a hotel room at the Ritz-Carlton in Orlando and found Saget dead, according to a sheriff’s statement on Twitter. Detectives found "no signs of foul play or drug use in this case." In a statement Sunday, Saget’s family members said, "we are devastated to confirm that our beloved Bob passed away today... Though we ask for privacy at this time, we invite you to join us in remembering the love and laughter that Bob brought to the world."