Britney Spears recently became the talk of the town after she announced her pregnancy with her fiance Sam Asghari and took her fans and followers by surprise. 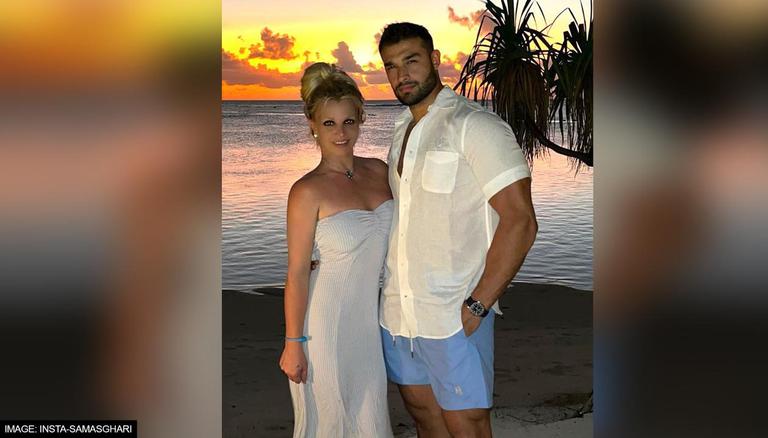 
Britney Spears recently became the talk of the town after she announced her pregnancy with her fiance Sam Asghari and took her fans and followers by surprise. Congratulatory wishes poured in for the happy couple and fans now wonder when the duo will tie the knot. Hollywood Life recently reported that the much-loved couple will only get married after the birth of their child and also gave some more details about the duo's wedding.

A source close to the couple opened up about the duo's marriage plans and mentioned to Hollywood Life that they plan on waiting to have their special day till the birth of their child. The source mentioned this would give them nine months to plan their 'dream wedding' and that they have already begun referring to each other as husband and wife since the engagement. They also mentioned that Spears has been looking for her 'happily ever after' for over 10 years, and is 'thankful and grateful' that she now has it.

The popular artist took to her social media account and penned down an elaborate note as she broke the news of her pregnancy to her fans and followers. She mentioned how she lost and gained weight so quickly after her Maui trip and Sam mentioned she was probably just 'food pregnant'. This is when she took a pregnancy test and learnt she was in fact having a child. The news had celebrities from the music industry overjoyed as they and other fans took to the comments section and congratulated the soon-to-be parents. Spears also mentioned she would be staying in as much as possible to avoid the paparazzi and would be practicing yoga and spreading love and joy.

Sam Asghari also shared a sweet note about fatherhood as he posted a picture of two lions and a little cub. He mentioned that being a father would be the 'most important job' he would ever take up as he wrote, "Marriage and kids are a natural part of a strong relationship filled with love and respect. Fatherhood is something I have always looked forward to and I don’t take it lightly. It is the most important job I will ever do".