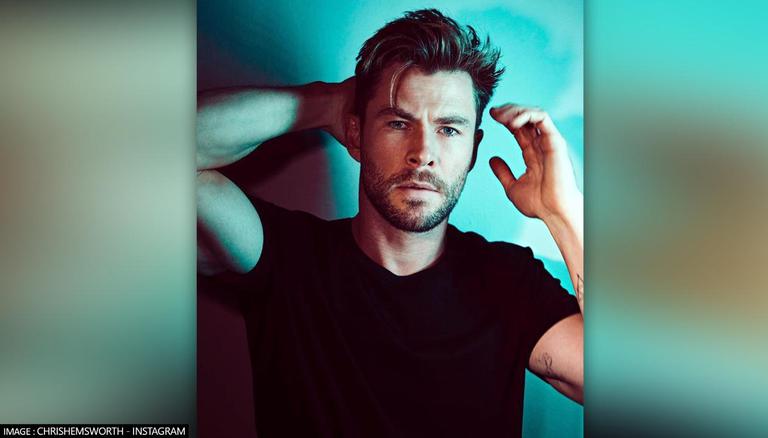 
Australian star Chris Hemsworth recently took to his Instagram handle to celebrate Extraction's huge win at the Taurus World Stunt Awards. The film recently bagged three major awards and Hemsworth expressed gratitude and went on to congratulate the stunt team for the same. In his latest post, the actor also hinted at what his fans and followers can expect from the forthcoming sequel, Extraction 2. He teased fans that the film will be 'bigger and badder' than the first one. Scroll down to know more.

Taking to the photo-sharing site, Chris Hemsworth dropped a throwback video from the sets of Extraction. The short video clip showed the stunt team pulling off several breathtaking action sequences. In the second slide of his post, the actor dropped a picture of the top honours the film earned at the Taurus World Stunt Awards that include Best Fight, Hardest Hit, and Best Stunt Coordination.

As for the caption, the Thor star wrote, "Huge wins for @extractionfilm at the Taurus World Stunt Awards. Massive thanks and congrats to the incredible stunt team for putting themselves on the line, making Extraction the massive success in continues to be. Shooting for the sequel beings soon and believe it not it’ll be bigger and badder than the first. Stay tuned for more chaos!

As soon as the post was up on the internet, many fans and friends from the industry rushed to drop congratulatory messages and express their excitement for the sequel. Rudhraksh Jaiswal commented, "Congratulations team!!! Waiting for more chaos!!" with red hearts, while a fan simply called him, "Legend." A netizen chipped in, "Congratulations to the team," another one added, "Such a fantastic movie." 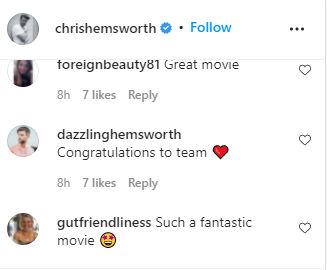 Recently, the online streaming giant, Netflix during its interactive TUDUM event with fans, while introducing several of its upcoming big projects, released a teaser of the Extraction sequel. The teaser clip showed Hemsworth's character Tyler Rake is still alive and is all set to come back for a deadlier mission. After the first film went on to become a massive hit and was among the streamer's most profitable films, the expectations from its sequel are already high.