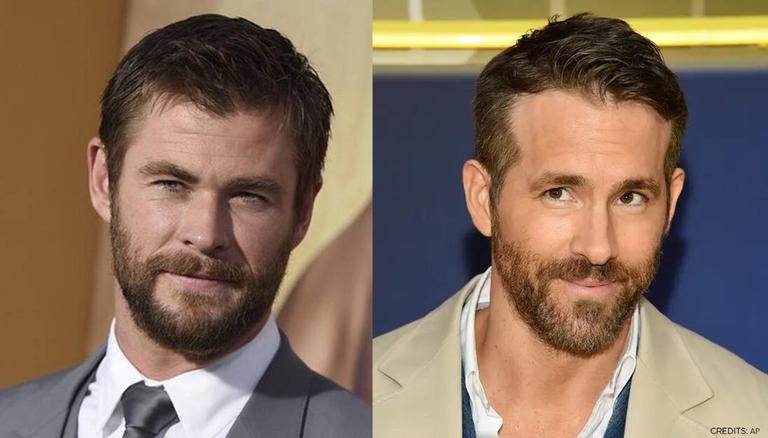 
Chris Hemsworth is celebrating his 38th birthday today with friends and family of the Thor megastar flocking his Instagram to pay tribute to him. Many were sharing hilarious, rib-tickling photos of the good-humoured star, including the very famous in house prankster Ryan Reynolds. Taking to his Instagram, the Deadpool star, who can be seen engaging in constant funny banters with various celebrities, including wife Blake Lively, uploaded Chris' photo, wherein the actor can be seen piled up, holding a rabbit, a reptile with birds flocking on his cap. The actor looks out in a confused gaze as he is clung to by what appears to be one of his children.

Sharing the hilarious yet adorable photo of the Thor star, where he looks out in utter astonishment of his situation,  Ryan took a funny dig at Chris, as he captioned his photo 'I wanna be like this guy when I grow up' further adding 'Happy Birthday, @chrishemsworth'. Have a look. 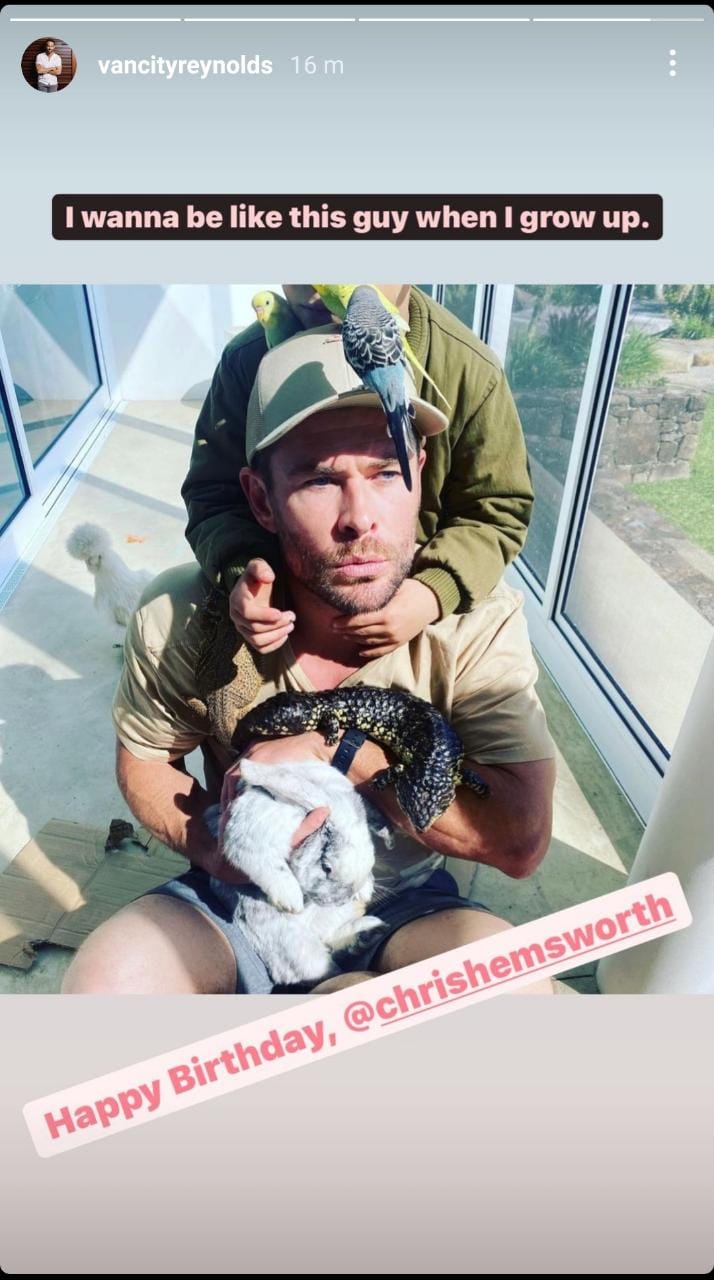 Chris' string of funny birthday wishes doesn't end here. What his brothers, Luke and Liam did will surely leave you in splits. Chris' two siblings, posted photos of each other instead of the actor. 'Happy birthday @chrishemsworth,' Liam, 31, captioned a photo of himself tackling Luke under a waterfall. Whereas, Luke, 40, shared a photo of himself and Liam from a recent holiday they took together, where Chris was noticeably absent. he captioned it "Happy birthday brother @chrishemsworth !! Love you mate will remember this trip to the Kimberly region forever. So many memories together.".

Taiki, who is directing Chris's Thor: Love and Thunder, posted a photo of Chris Hemsworth where he is seen smiling in his Thor getup. Sharing the photo, the filmmaker wrote, "It takes 13 hours to make this hairline perfect for the silver screen and you take it like the true champ you are. Happy Birthday, bro. @chrishemsworth. Special mention to @luca_vannella for setting wigs with such skill (sic).".

The shooting of Thor: Love and Thunder has been wrapped. The much-awaited movie's wrap up was announced by Chris as he shared a photo of himself with director Waititi. He wrote, "That’s a wrap on Thor Love and Thunder, it’s also national don’t flex day so I thought this super relaxed photo was appropriate. The film is gonna be batshit crazy off the wall funny and might also pull a heartstring or two. Lots of love, lots of thunder! Thank you to all the cast and crew who made this another incredible Marvel journey. Buckle in, get ready and see ya in cinemas!!". The movie is slated for a 2022 release.

WE RECOMMEND
'Thor: Love & Thunder': Christian Bale's 'Gorr, the God Butcher' Look Leaked; See Pictures
Marvel's 'What If...?': Here are some mind-blowing fan theories that could be true
Matt Damon says "everybody knows" that he'll be back in 'Thor: Love and Thunder'
'Sonic The Hedgehog 2': Suicide Squad 2 star Idris Elba joins the cast as Knuckles
Chris Hemsworth wishes wife Elsa Pataky on her birthday in an adorable way; see pics